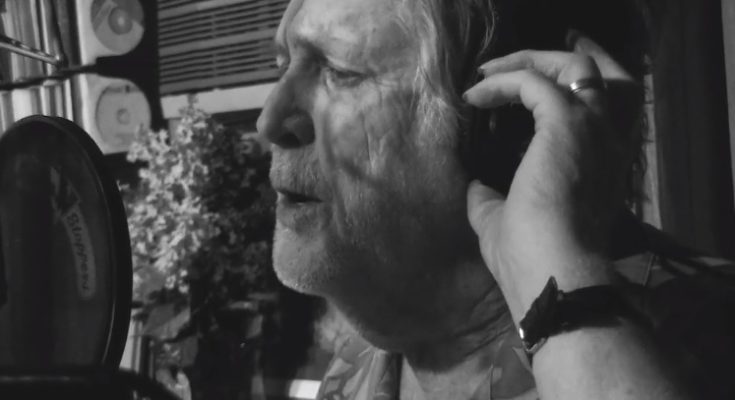 KABUL, AFGHANISTAN, NOVEMBER 27, 2018 – In 2017, LANNY CORDOLA, founder of THE MIRACULOUS LOVE KIDS /GIRL WITH A GUITAR, came to the U.S. from his home in Kabul, Afghanistan, to record “LOVE AND MERCY” with the song’s writer and THE BEACH BOYS founding member BRIAN WILSON. When he returned to Afghanistan, he added guitars and vocals by THE MIRACULOUS LOVE KIDS / GIRL WITH A GUITAR to the track.
Now, a companion music video featuring  BRIAN WILSON and THE MIRACULOUS LOVE KIDS  / GIRL WITH A GUITAR makes its world premiere on Giving Tuesday (November 27). Watch it at https://youtu.be/cxLSA6kyEnY.
LANNY recalls the inspiration behind recording the song: “It was in our Miraculous House in Kabul, Afghanistan, when some of the girls began to teach me an Islamic saying, Bismillah Ir Rahman Ir Rahim, which means, ‘in the name of God, the all loving, the all merciful.’ I immediately thought of BRIAN WILSON’s sonic hymn ‘LOVE AND MERCY‘ with its simple yet magisterial chorus — ‘Love and mercy is what you need tonight / So, love and mercy to you and your friends tonight.’”
“LOVE AND MERCY” first appeared on BRIAN WILSON‘s 1988 self-titled solo debut. Calling it “the most spiritual song” he’s ever written, the singer is pleased to see the tune, 30 years later, resonate with a new generation in another, often misunderstood part of the world.
“I’m glad music makes the children feel love and mercy,” WILSON says. “That’s what music is all about — making you feel happy!” 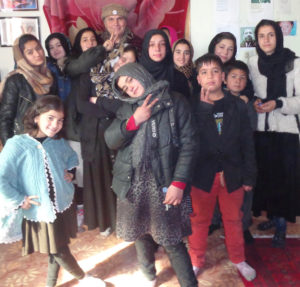 LANNY adds, “BRIAN WILSON‘s genius lies in his masterful blend of melody, words, sounds, and texture. It is that glorious, mystical gift that few possess. Music is one of the few art forms that can bring together girls and their guitars from a war-torn, poverty-stricken country like Afghanistan with a musical iconoclast like BRIAN WILSON for the highest form of connection — songs of justice that aim for transcendence.”
The “LOVE and MERCY” music video was filmed in Los Angeles, California by producer and director STEVE HICKS (FUZZ TRACK CITY [2012], THE FUZZ [2017]) and Kabul, Afghanistan by director SADAM WAHIDI (MARY MOTHER [2016]). Director HANS FJELLESTAD (MOOG [2004], THE HEART IS A DRUM MACHINE [2009], WHEN THE WORLD BREAKS [2010], SUNSET STRIP[2012]) did the editing.
“LOVE AND MERCY” was co-produced by LANNY CORDOLA and GARY GRIFFIN.
THE MIRACULOUS LOVE KIDS is a non-profit, 501(c)(3) organization lead by guitarist, producer and songwriter LANNY CORDOLA.
All donations are welcomed at http://themiraculouslovekids.org/ and https://www.gofundme.com/bt8rjg.

LANNY CORDOLA began his journey through Pakistan and Afghanistan in 2010, collaborating with musicians on a peace-through-music project. “After visiting and meeting many kids who were living in poverty stricken areas and conflict zones, I decided to raise funds on their behalf,” the musician recalls.
Since then, he has focused on musical projects aimed at raising awareness, resources and funds for some of the most vulnerable children in Pakistan and Afghanistan. In the wake of his work in these regions, he formed his own non-profit, 501(c)(3) organization called the THE MIRACULOUS LOVE KIDS, based on the premise that “it shouldn’t hurt to be a child” and “that a kid with a melody in their heart has hope, and with hope all things are possible.” 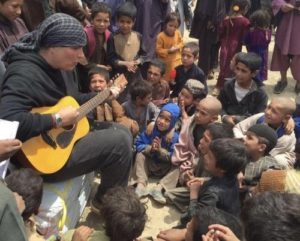 On September 8, 2012, sisters PARWANA and KORSHID were killed by a suicide bomber in Kabul, Afghanistan. During a visit to the region in 2014, LANNY met with the family, including MURSAL, of PARWANA and KORSHID and vowed to return to help improve their living conditions.
“I had the opportunity to meet the family and offer my deepest sympathies for their unbearable loss,” LANNY recalls.
On June 27, 2015, thanks to supporters and American vet BRAD PUPELLO (who was friends with PARWANA and KORSHID),CORDOLA moved the family from a two-room slum in the hills of Kabul to a dignified three-bedroom home in a safe part of the city.
In February 2016, LANNY moved to Kabul, Afghanistan, where he plays and teaches guitar to children in schools, internally displaced persons (IDP) camps, on the street, and in the THE MIRACULOUS LOVE KIDS Center. MURSAL, his star pupil, practices her guitar every day and also teaches other kids how to play.
To learn more, please go to the following links:
THE MIRACULOUS LOVE KIDS > http://themiraculouslovekids.org/
GO FUND ME > https://www.gofundme.com/bt8rjg
FACEBOOK > https://www.facebook.com/lanny.cordola
WATCH “LOVE AND MERCY”
https://youtu.be/cxLSA6kyEnY