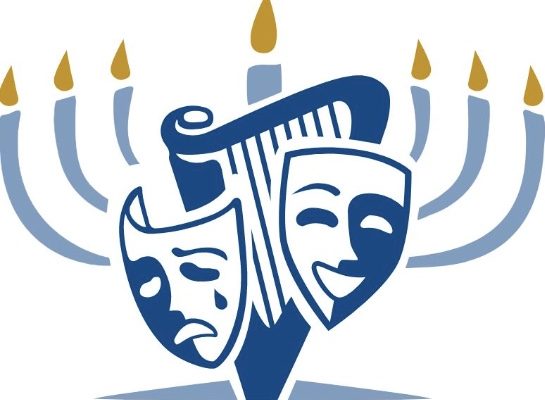 In observance of the approaching 75th Anniversary of the Invasion of Normandy, Rabbi’s Guests will include: World War II Heroes and Veterans from the Invasion of Normandy, PETER DU PRE, JOHN FOY, STEVE MELNIKOFF and JOSEPH REILLY, some of whom were stationed on the northern coast of France on June 6, 1944, known as “D-Day,” the first day of the invasion. All of the veterans are currently part of The Greatest Generations Foundation, run by TIMOTHY DAVIS, which ensures their legacies are recorded and retold in perpetuity to future generations.

PETER DU PRE, 97, from Rochester, NY, who served in the United States Army, 114th Hospital. Area of Battle: England (General Hospital). Decorations include the European-African-Middle Eastern Campaign, World War II Victory Medal, Good Conduct Medal and Foreign Legion of Honor. Technical Fifth Grade Peter B. Du Pre served as a medic in the 114th General Hospital Unit in Kidderminster, England during WWII. At age 17, both his parents had died, making him acting patriarch of a five-person family. Within a year, his sister joined as a nurse, one brother joined the Army Air Forces, one joined the Marines and Peter enlisted in the Army. He went to basic training at age 18, took a three-day pass to get married and was immediately deployed. He served for three years overseas, during which time he treated wounded servicemen from all areas of Europe, including those who had been wounded during the Battle of the Bulge. He returned home quietly, went straight to work and raised five children with his beloved wife to whom he has been married for 70 years.

JOHN FOY, 94, from Rochester, NY, who served in the United States Army, 87th Infantry Division as an MOS Machine Gunner. Military Service from 1942 – 1946. Areas of Battle: Northern France, Ardennes, Rhineland and the Central European Pocket. Decorations include: Bronze Star Medal, Purple Heart Medal, Combat Infantry Badge, European-African-Middle Eastern Campaign, Word War II Victory Medal, Good Conduct Medal and French Legion of Honor. At night, John Foy can still hear the agonizing screams of men, as artillery barrages shower the trembling ground around him. The hellish memories are from battles Foy fought during World War II. “The trees are splintering and crashing down around you, and there’s not a damn thing you can do about it but hug the ground and pray,” recalled Foy, an infantry Machine Gunner in General George Patton’s Third Army. “It can become awfully vicious to have your friends blow up right alongside of you.” Born on October 12, 1925, he grew up in Charlotte and graduated from Charlotte High School in 1943. John joined the Army’s Specialized Training Program (ASTP) for high IQ Soldiers and was sent to Cornell University, completing his first year in just four months. The Army decided they needed infantrymen more than engineers so after infantry training he was assigned to the 87th Infantry Division joining General George Patton’s Third Army in liberating Europe. John served as a front-line Machine Gunner in the Battle of Northern France and later the Battle of the Bulge. His division helped relieve the 101st Airborne Division surrounded in Bastogne, fighting through the Siegfried Line and across the Mosel and Rhine Rivers. They fought across Germany to Czechoslovakia, meeting the Russian army by war’s end.

STEVE MELNIKOFF, 98, from Baltimore, MD served as a Tech Sergeant in the United States Army, 29th Division, 175th Infantry Regiment. Battles included: Normandy (D-Day), Northern France, Hurtgen, Ruhr Pocket and Central Germany. Steve Melnikoff, a Rhode Island native, joined the 29th Infantry Division in January 1944 as a member of Company C, 175th Infantry. The 175th landed on the still unsecured Omaha Beach on the morning of June 7th and proceeded to its objective to seize the village of Isigny. It pushed through Isigny and crossed the Vire River and on to St Lo. The 175th fought stiff German resistance hedge row by hedge row and pushed the American lines to within three miles of St Lo, creating a salient into the German lines. The unit defended the high ground, known as Hill 108 but nicknamed “Purple Heart Hill” as they were surrounded on three sides. The regiment was rotated into the division reserve for the final thrust into St Lo. Following the Battle of Brest, the division was moved to the Netherlands to participate in the 9th Army’s drive to the Rhine River. On May 2, 1945, a patrol from 3-175 Infantry contacted elements of the 28th Company, 6th Guards Cavalry of the Russian Army. Following the surrender of the German army, the regiment remained in Europe until January 1, 1946. The 29th Infantry Division was one of the most illustrious U.S. Army outfits of World War II. It was in combat almost continuously from D-Day to V-E Day and suffered 20,111 battle casualties in 11 months of combat 204.2% of its normal manpower complements of approximately 14,000 men. It gained four campaign ribbons for service in the European Theater and was awarded the prestigious Croix de Guerre Avec Palme by the French government for its exemplary service on Omaha Beach on D-Day.

JOSEPH REILLY, 97, of San Diego, CA served in the United States Army, 101st Airborne Division, 501st Parachute Infantry Regiment. Battles included: Normandy (D-Day), Market Garden, Bastogne (Battle of the Bulge), Alsace and Ruhr Pocket. Born in Janesville, WI on June 7, 1921, Private Joseph Reilly enlisted into the United States Army on March 13, 1943 in Milwaukee as a paratrooper with the famous 101st Airborne Division. In the late hours of June 5, 1944, Reilly and the 501st took off from Merryfield Airport at 22:45. All units flew across the English Channel and were set to drop into Normandy, five hours prior to the seaborne landing. Reilly and the 501st drop zones were north and east of Carentan near Utah Beach. Two battalions were to seize key canal locks at La Barquette and destroy bridges over the Douve River while the Third Battalion was in division reserve. In the predawn hours of D-Day a combination of low clouds, and enemy anti-aircraft fire caused the break-up of the troop carrier formations. Consequently, the sporadic jump patterns caused highly scattered drops. Most of the troopers landed far afield of their designated drop zones. The actions that night bore little resemblance to those so carefully planned and briefed. Amazingly, this unanticipated misstep confused the Germans and allowed the airborne units time to regroup and complete their objectives. After 20 days of fierce fighting in Normandy by no means ended with D-Day, but continued with important results, including assisting the amphibious landings and joining the beach at Utah with that at Omaha the efforts of the 501st came at high cost: the regiment lost 898 men who were killed, wounded, missing, or captured.

This is going to be an amazing Yom Kippur celebration. The Beverly Hills Temple of the Arts is a great place to observe the high holy days.