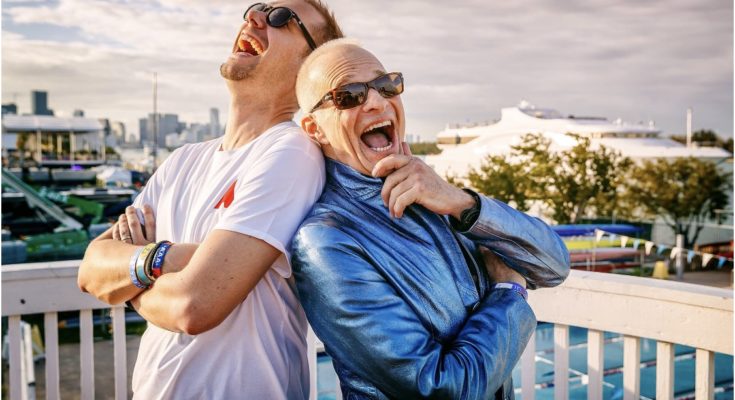 (EXPERIENCE MAGAZINE)  — March 30th, 2019 — At 9:20pm Saturday night , festival goers from all over the world excitedly awaited to see Superstar DJ and producer Armin van Buuren take to the stage for his headline performance at this year’s Ultra Music Festival, Miami.

As he entered the stage joining him as a surprise performer was the legendary Van Halen front man David Lee Roth, wearing an electric blue blazer and tons of swagger, he took to the stage for a powerful performance of his iconic hit song “Jump”, which has been remixed by Armin van Buuren and is set to release soon.

This is the first-time Armin van Buuren and David Lee Roth’s remix of ‘Jump’ has ever been played, and was an opener of epic proportions to what went on to be an unforgettable headline set at Ultra Music Festival, which pulls crowds of over 160,000 each year.