Superheroes saved the day at Paris Comic Con. Angel Lopez and Kevin Cardona, founders of Fusion Designs Caricatures, and their crew Sandra Carrano, Amy Jimenez, Erick Macias, Alex Casanova, Sam Sellers, Chris Meesey and Damion Dunn flew all the way from LA to attend one of the most pop-cultured and artistic convention. They are talented artists who come from different backgrounds. Most of them worked at Universal Studios or Six Flags before conquering the world’s greatest conventions. Now they travel the world together and produce amazing caricatures and artworks.

The Experience Magazine had the pleasure of meeting Fusion Designs at Comic Con Paris 2016.

They are approchable guys with a great sens of humour. Their booth atmosphere is laid-back and friendly. Although poorly located on the mezzanine of the convention center, they didn’t go unnoticed. Armed with pastels and air paint, they were busy drawing and connecting with the public.

“Caricature me like one of your French Girls” should have been how the quote goes. Because what’s more amazing than a piece of art done by a caricaturist. Portraits on oil canvases or photoshoots are overrated; caricatures are the real deal. Cheaper, faster and funnier, they bring something more to the picture. Moreover, their talent and the quality of their works are way higher than the usual caricatures you may find in the streets.

I had the honour of getting my caricature done by Chris Meesey (aka Meesimo). Trained by Tom Richmond and Ed Steckley, he is regarded as the most talented artist by his colleagues. Illustrator, caricaturist, painter… he wears many hats. He has published several books and produced comic books (Knucklehead Comics, SWALLOW, Extremities). On his website, you can check out his amazing artworks: http://meesimo.com
He is really easy to talk to. Everyone was gathering around, admiring the prodigy at work. Seeing the result of the caricature was impressive. The way he captures one’s personality in a caricature is rare.

Erick Macias and I got to talk and know each other while Chris was drawing me. “The most popular demand from people is to be drawn as Harley Quinn.”, Erick told me jokingly adding that they don’t seem to care how insane of a character she was. But that’s what caricatures are about, self-deprecation. Erick produces beautiful caricatures. He is a skilled and self-taught artist and knows the value of communicating with the person he is drawing.

Dustin Brown also had his caricature done by Chris. Here is his experience:

“I had the opportunity to get a Caricature drawn by Chris at the Paris Comic Con. Chris is a talented artist that draws caricatures for Fusion Designs. The Comic Con event was winding down on the the Sunday that I attended. Fusion Designs was busy drawing some of the people in attendance. Chris chatted with me as he drew. I asked him to make me a superhero. We decided Batman would be the best choice. Chris works so fast. I couldn’t see what he was drawing. We talked about comedy writers from Saturday Night Live and Chris’ experience as a caricature artist at Universal Studios in Hollywood. The end result was just amazing. Chris is truly a master level artist. I didn’t get a chance to speak with Chris after he showed me the drawing he made as he had to start on another one. I will cherish the drawing of me as Batman with an over sized chin. I’ll always remember the 2016 Paris Comic Con and the great day I had. All the people at Fusion Designs were so nice. It was such a great experience. “

The friendliness of the artists at Fusion Designs takes away the intimidating process of getting one’s caricature done. For 10 to 20 minutes, you get to sit, talk and laugh with the caricaturist. At the end, it feels like you have to say goodbye to an old friend.

Damion Dunn’s artworks were also spectacular. He worked at Universal Studios Hollywood as a caricature artist and is now illustrating and working with Fusion Designs. His drawings of futuristic, estranged creatures are fascinating. He has is own style and brings something unique to his caricatures. On his blog http://damion009.blogspot.fr, he shares his latest pieces and his love for art. He also showed us a caricature of the crew he had done as a gift. It allow us to see the Fusion Designs crew as one big family, passionate about what they are doing.

You can follow them on Facebook and Instagram at https://www.instagram.com/fusion_designs/ to see their incredible artworks. And you can even email them at http://services@fusiondesigns.biz if you want to host a unique live art entertainment experience in your living room! 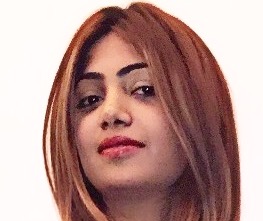 Laurie Le Bomin is an author and photographer based in Paris, France.