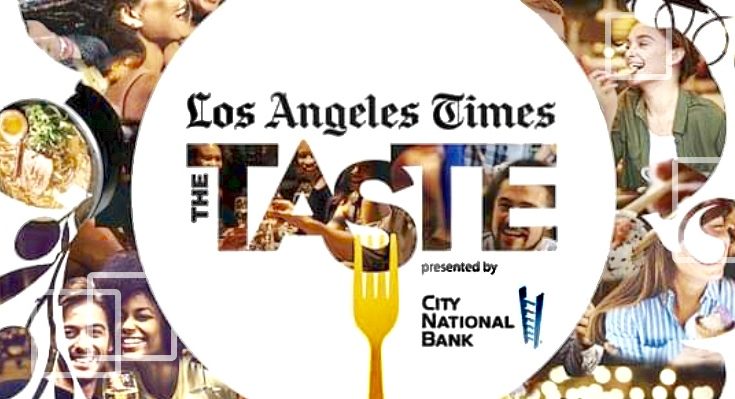 (EXPERIENCE MAGAZINE) — LOS ANGELES, CA — The Experience Magazine was on the scene for the yearly event put on by the LA Times called the Taste LA. Located on the lot at Paramount Pictures, this event featured flavors of tomorrow along with the culinary traditions of Los Angeles. The Taste LA had the very best from culinary world of Southern California. There were bites from dozens of hand-picked local eateries ranging from haute cuisine to comfort food with flavors from all over the globe. We had a chance to sip, savor, and celebrate Southern California’s most inspired food and drink.

This years The Taste LA really had the best of Southern California. From culinary all-stars to noteworthy eats, there were so many restaurants, chefs, wineries, and distilleries. Southern California has a vibrant food scene. It’s so much fun enjoying these exclusive eats on the lot at Paramount. As always, the Paramount Pictures Studios backlot provided the perfect setting for this only-in-L.A. experience. We got a chance to sip on a selection of hand-crafted spirits, local brews, experimental cocktails, and award-winning wine.
There were bite-sized, mouth-watering eats from the best of the culinary scene in SoCal. There was authentic Thai street food and signature tacos. There were savory flavors everywhere.

Hosted by The LA Times’ Food staff, each edition of The Taste included three individual events. There were tastings from LA’s best restaurants, a variety of wine, beer and seasonal cocktails, plus we saw a cooking demonstration. The Experience Magazine recognized many of the famous Chefs from the LA culinary scene. We saw Jazz Singsanong from Jitalda Thai restauarnt which was a favorite of Jonathan Gold’s.

It was such an amazing experience. Each of the three nights featured different restaurants. So many delicious flavors.

The Experience Magazine looks forward to more LA Times food events. See you next summer for The Taste LA on Paramount Studios Backlot!