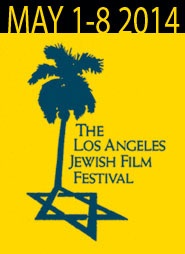 Carl Reiner To Be Honored At Tribute to Sid Caesar

Thursday, May 1, 2014
Beverly Hills – For one week, May 1 through May 8th, the Los Angeles Jewish Film Festival will screen films that have been “chosen” from around the world that celebrate films highlighting Jewish heritage and experience.

​This is the 9th annual, Los Angeles Jewish Film Festival. What is special this year is an honor being presented to one of the pioneers of comedy, Carl Reiner. The gala event includes a tribute to Sid Caesar with the screening of a rare 1974 documentary titled, “Ten From Your Show of Shows.”
There will also be a special LAJFF tribute to the memory of beloved casting director and festival friend, Marvin Paige. In addition, this particular opening night gala stands as the inaugural event for the newly named; Steve Tisch Cinema Center at the Saban Theatre, 8440 Wilshire Blvd., in Beverly Hills. Red Carpet arrivals begin at 7pm. Show at 8pm.

Please look at the festival programs. Tickets are available now.

LA JEWISH FILM FESTIVAL
​Over 4000 movie lovers attend The Los Angeles Jewish Film Festival. Sponsored by The Jewish Journal, the LAJFF has continuously grown each and every year. Please join us this year. Contact: Roz@RozWolfpr.com

THE JEWISH CARDINAL – Closing Night
Director: Ilan Duran Cohen, France, 2012, 90 minutes, French with English Subtitles
The Jewish Cardinal tells the amazing true story of Jean-Marie Lustiger, the son of Polish-Jewish immigrants, who maintained his cultural identity as a Jew even after converting to Catholicism at a young age, and later joining the priesthood. Lustiger forged a close relationship with Pope Jean Paul II and was appointed Archbishop of Paris. When Carmelite nuns settle down to build a convent within the cursed walls of Auschwitz, Lustiger finds himself a mediator between the two communities – and may be forced at last to choose his side. CLOSING NIGHT. Thursday, May 8, 7:30 pm – Archlight Theater, Sherman Oaks. Q&A with Rabbi Mark Diamond, Regional Director of American Jewish Committee and Father Alexei Smith, Ecumenical and Interreligious Officer of the Archdiocese of Los Angeles, in cooperation with The American Jewish Committee.

Director: Eytan Fox, France/Israel, 2013, 90 minutes, Hebrew with English Subtitles
From celebrated Israeli director, Eytan Fox (Walk on Water, The Bubble) comes this new delightfully “sweet” musical comedy about a diverse group of young neighbors in Tel Aviv who get together to watch Universong, a Eurovision-like television song contest. (Think “America’s Got Talent.”) Uninspired by the dull Israeli entry and seeking to cheer up a heartbroken friend, they spontaneously compose their own song and on a whim, one member of the group enters their cellphone video in next year’s contest. To everyone’s surprise, the song is chosen to represent Israel in the finals competition in Paris. With an all-star cast, Cupcakes is a delicious story that celebrates life, love and loyalty.
Screenings:
1. Saturday, May 3, 8:00 pm Laemmle’s Music Hall • (With Actual Cupcakes served, courtesy of Mickey Fine Pharmacy & Grill).
2. Monday, May 5, 7:30 pm Laemmle’s Town Center (With Coffee courtesy of Coffee Bean & Tea Leaf).

And … A Delicious Films from LAJFF
THE STURGEON QUEENS
Director: Julie Cohen, USA, 2013, 54 minutes
Lox, laughs, and a Schmeer of romance—the story of the Russ daughters as recounted in this charming film. Hattie, now 100 and her sister Anne, 92, are the namesake of “Russ & Daughters” fish emporium, one of the oldest and most beloved places in NYC.
For nearly 100 years, people have made the trek to New York City’s Lower East Side to buy lox and herring at the famed Russ and Daughters emporium. Four generations of the Russ family have kept the iconic store afloat to this day. Produced to coincide with the store’s centennial, this charming film features an extensive interview with two of the daughters for whom the store was named. Hattie, now 100 and Anne, 92, hit all the keynotes of the Jewish immigrant experience: hard work, humor, romance, and a little tsuris. Commentary from enthusiasts of the store include Supreme Court Justice Ruth Bader Ginsburg, New Yorker writer Calvin Trill, 60 Minutes correspondent Morley Safer, actress Maggie Gyllenhall and chef Mario Batali. This true story is a delicious treat!
Awards:
Audience Choice Awards at the Palm Beach Jewish Film Festival and the San Diego Jewish Film Festival. Q&A with Director Julie Cohen “The Sturgeon Queens” –

This is an Oscar winner that LAJFF will screen:

Winner of the 2013 Academy Award for Best Documentary Short:
The Lady in Number 6: Music Saved My Life

Short/Canada/USA/38 minutes/2013
Directed by Malcolm Clarke
This is one of the most inspirational and uplifting stories of the year. As the world’s oldest holocaust survivor and pianist, 109 year-old Alice Herz Sommer share her views on how to live a long and happy life. She found a way to survive in the camp… through music. Alice played over 100 concerts in Theresienstadt. The film features beautiful photographs and rare film footage that truly brings Alice’s extraordinary story to life. Q&A with Philip Goldfine, Exec Prod.

Short/USA/34 minutes/2014
Directed by Gabriela Bohm English & Spanish with English subtitles
In early 20th century Argentina, an ordinary mother was torn from her children, and tricked into prostitution. Other women conceded their fate. But, not Raquel. The thought of her sons gave her strength to fight back. Her defiance gives voice to those who’ve been and continue to be sexually exploited.
Screening: Sunday, May 4, 3:00 pm Laemmle’s Music Hall, Beverly Hills.
Q&A with Gabriela Bohm.
Brave Miss World

Israeli beauty queen Linor Abargil was abducted and raped in Milan, Italy two months before being crowned Miss World in 1998. Ten years later, she’s ready to talk about it – and to encourage others to speak out. Now a globe-trotting victims’ advocate, Linor encourages others to stand against sexual violence by putting an end to their silence. She travels to speak with teens in South Africa, where girls are statistically more likely to be raped than educated. She visits U.S. college campuses where women describe a campus culture that fails to take assaults seriously. From rape crisis centers worldwide, to Hollywood’s living rooms, Linor is met with emotional support, but the advocacy work causes her own trauma to resurface.
Score by Oscar winning composer Hans Zimmer.

The Eleventh Day – the Survivors of Munich 1972
Documentary/Germany/52 minutes/2012
Directed by Emanuel Rotstein
In a year of the Olympic games, we remember the tragic attacks on the members of the Israeli Olympic team by Palestinian terrorists at the 1972 Munich Games. The iconic picture of the hooded assassin became a symbol of modern terrorism and the vulnerability of free society. Eleven Israeli athletes were killed during the hostage drama and the botched rescue effort. Eight Israeli athletes were able to escape. Their story has never been heard. Now after four decades these former Olympians once again return to the site of their biggest hopes and darkest fears and tell for the first time how they barely survived and how their lives were changed forever.
Screens: Monday, May 5, 7:30 pm Temple Emanuel of Beverly Hills and Sunday, May 4, 11:00 am. Laemmle’s Playhouse, Pasadena

This film was first shown during the 11 Zionist Congress in Vienna in 1913, and other European cities until the eve of the First World War when all the copies vanished. It depicts Jerusalem, Tel Aviv and the pioneers of the immigration during the Ottoman period, before there was a state of Israel. Miraculously, the original negative was discovered in France in 1997 and was recently restored for its centennial in Jerusalem. Never before seen in the USA, this rare screening marks its historical debut.