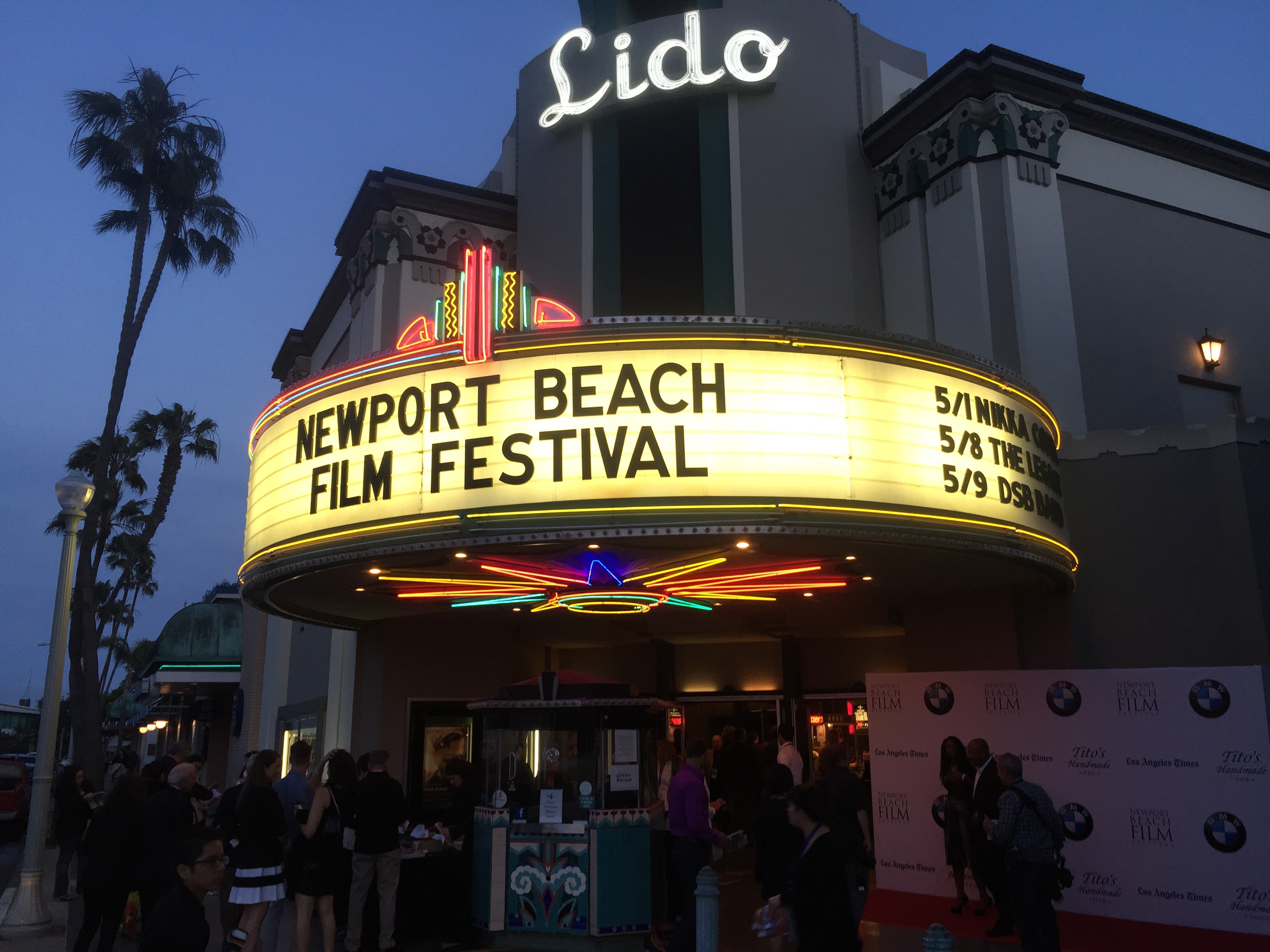 Newport Beach, California
The Experience Magazine was in Orange County to cover the Newport Beach Film Festival. Thursday night had a red carpet at the Lido theatre. The feature film premier of Russell Crow’s the “Water Diviner”.  Russell Crow directed this film. The film follows the life of a man whose life is torn apart by World War 1. The main character travels to Turkey in order to sneak into the old battlefield which has now become a massive graveyard. The theatre was packed and many Orange County residents came out in style. This year marked the sixteenth year for the Newport Beach Film Festival. There were 150 full length films and 200 short films. This years line up offered something for everyone. I spoke to the director of features Max Naylor. He mentioned how grateful he was to Russell Crow for the introduction that Russell Crow recorded for the Water Diviner’s premier.
After the premier of Water Diviner, there was an opening night  party at Fashion Island. All of the volunteers, many local businessmen, actors and directors were in attendance. It was really big and a lot of fun. The outdoor space at Fashion Island is perfect for events. There were performances from Cirque Du Soliel and a DJ performing. The food was amazing. Sushi Roku was serving a fresh tuna on greens salad cup that was really delicious and tasty. The food was gourmet and very fresh. There was also a huge dessert area with canolli, cakes and macaroons. So many items. It was impossible to sample everything. Stella Artois gave out many beers. Film Festivals go so well with Stella Artois.
There were so many premiers and celebrity appearances this year. Katherine Heigl attended the saturday screening of “Jack and Ryan”. This is about a struggling musician who gets involved with another aging musician.  Boxer Jake LaMotta attended a Q and A that was also on Saturday.  LaMotta, now 92 years old, was the inspiration of “Raging Bull” starring Robert De Niro.
On Friday night, The Experience Magazine attended a screening of the Italian film, “I Can Quit Whenever I Want”.  Director Sydney Sibilia, made a very funny Italian comedy that focuses on seven unemployed Italian University professors. They create a synthetic drug that is legal under Italy’s current drug laws. All of the characters morph from academics into full blown drug dealers. And of course its all in Italian. Everyone at the screening had a good time with people laughing at the hilarious situations. This film is sure to become a cult classic. There was an after party located in SOCO. Thats the hip and trendy South Coast Design Center in Costa Mesa. BMW displayed their gorgeous gull winged door car. Circ du Soliel had acrobats at the event as well. This was a great event to meet many of the people involved with the film festival. Gourmet food was servers from top notch restaurants from all over Orange County.
Thursday, April 30th was the closing night of the festival. The Experience Magazine attended the screening of “Forgotten Flag Raisers”. This was Dustin Spence’ documentary regarding the flag raising event at Iwo Jima during World War 2. His interviews and research seek to discover who was there and what actually happened during this controversial moment in American History.
The Newport Film Festival 2015 saw over 50,000 guests attend films and parties. It such a treat to watch movies in the heart of Orange County. Were looking forward to next years selections!
Website for the Newport Beach Film Festival;
http://www.newportbeachfilmfest.com/2015/
Trailer for “I Can Quit Whenever I Want”
http://www.youtube.com/watch?v=B6rIaWl3EBw&sns=em
Trailer for “Forgotten Flag Raisers”
https://vimeo.com/87930024