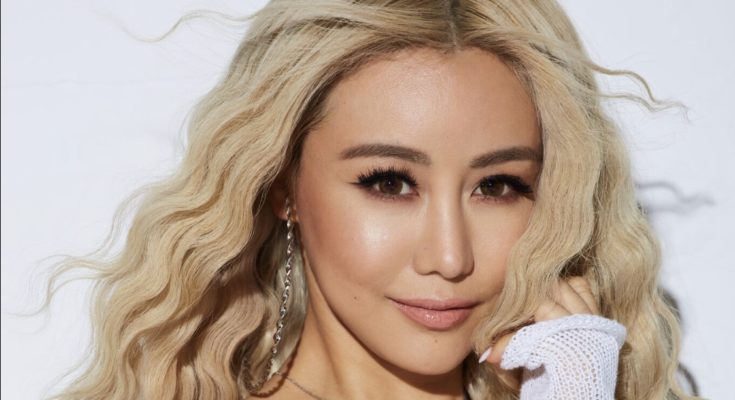 (EXPERIENCE MAGAZINE ) — LOS ANGELES — YouTube sensation Wengie Teams up with an all-star cast of YouTube stars to create a girl power themed video.  Wengie has released her new single “Lace Up” which sees a team of girls face off against the boys in this “league of their own” styled K-Pop fantasy. Set on the field of a high school in Los Angeles, Wengie is joined by an all-star cast that includes more than 10 YouTube/Instagram stars including Matt Steffanina (10Mil), Rebecca Zamolo (6Mil), Cloe Couture (5Mil), and many more, who all joined forces to duke it out in the girl power themed pop video.

Listen to Wengie – Lace Up

This girl power themed video comes at the same time women are celebrating International Women’s Day (March 8th) and is a reminder to all women and girls of their own personal power – on or off the field.

Wengie: “’Lace Up’ is a song with a universal message to anyone about self-love. I thought I’d take this opportunity and create a fun, energetic, and positive video showcasing how girls can level up, against anyone, on any playing field.”

In addition to the cast, the song also has some super star partners, it is co-written by Michel “Lindgren” Schulz and Melanie Joy Fontana (songwriter for Britney Spears, Justin Bieber, BTS, and more) who co-wrote on BigHit’s new group TXT song “Crown”, which just broke the record for most YouTube views in 24 hours for a K-pop debut. This new video with the all-star cast of influencers already has a combined social media reach of over 80 million viewers thanks to all the fans of the cast members.

Among the behind-the-scenes work, the producers are Mariana Da Silva with Danny Lee as executive producer and Austin Saya in the director’s seat. The artwork is created by Ivan Wong who most recently created the viral fan artwork for Dua Lipa in “Alita: Battle Angel” where Dua herself, 20th Century Fox, and the film’s director Robert Rodriguez reposted. Thechoreography is helmed by Seoyoung Jang who danced with K-pop female idol group “G-Idle”, known for their recent EP release and two active members who were also featured in “K/DA – POP/STARS” project which went #1 on the Billboard World Chart. Among one of the cameos is producer/songwriter David Amber who produces for hit-making girl group TWICE and wrote their #1 hits “Yes or Yes” and “Heart Shaker.”

Creating a channel back in 2010, Wengie has amassed a loyal YouTube following of over 18 million subscribers across her channels, over 25 million combined followers among all social channels and over 1.3 billion views total on YouTube. Since then, she has released 5 singles & music videos, each of which have seen huge success and will release new music this summer.

See below for more on Wengie, links to all assets, socials and all-star cast credits.

One of Australia’s most influential YouTube Stars and personalities, Wengie’s unique ability to deliver vibrant, informative, and highly-relatable content (including her wildly popular life “hacks” series) to a global audience—with signature quirk and humor—keeps her zealous ‘Wengiecorns’ wanting more. This unparalleled closeness and trust with her fans has cemented Wengie’s power as a leading content collaborator for both high-profile and emerging brands. Wengie has leveraged her prominence on YouTube to tackle other creative realms—she recorded her first music album in China in 2017 and is the voice of the fourth “Powerpuff Girl” on the Cartoon Network. Wengie’s music releases have skyrocketed to the top of the charts with her single ‘Oh I Do’ hitting #5 on the Honggebang charts in China. Her song “Deja Vu,” which premiered September 2018 has garnered over 6.2 million views and “Cake,” which premiered August 2018 has garnered over 8.7 million views on YouTube. Most recently Wengie dropped her “Ugly Christmas Sweater” song, which hit the #1 spot on YouTube’s trending list and garnered nearly two million views in its first day, and 8 million to date (March 2019).

Wengie aims to bring positivity and fun to music, and she does just that with her music. Wengie has always loved pop music and R & B. For the majority of her life, she has had multicultural musical taste, listening to mainly J-pop, C-pop, and K-pop. She would learn lyrics to the songs having no idea what she was singing but still would be able to sing it by just memorizing it. Wengie’s main goal in music is to create fun music that is “east meets west” / K-Pop-fused-with-American-pop, which is essentially all the things she loves.

Her musical influences include BLACKPINK, ITZY, Hyuna, Arianna Grande and Taylor Swift. Wengie is managed by RARE Global, music by Asian Agent, and her agency is UTA.