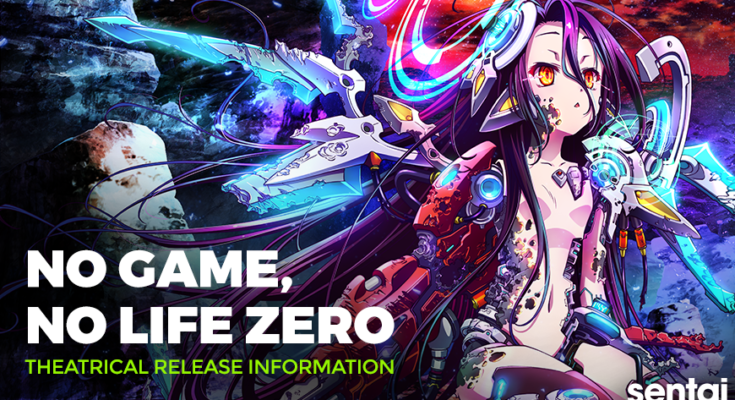 After a highly successful Japanese domestic run, leading distributor of anime programming, Sentai Filmworks, announced that No Game No Life Zero is set to captivate North American audiences with exclusive premiere screenings in Los Angeles during the Los Angeles Anime Film Festival (LA-AFF). The English-subtitled U.S. premiere on Saturday, September 16, is already sold out, and the September 15 English-dub grand premiere is rapidly selling out. Immediately following the premieres, in partnership with distributors Azoland Pictures and Fathom Events, No Game No Life Zerowill launch in more than 1,000 theaters across
North America, with international showings to follow, making this one of the widest releases of its kind.

Already hailed as one of the best animated features to come out this year by Anime News Network, No Game No Life Zero takes place 6,000 years before the events in the television series. War has consumed the land, tearing apart the heavens, destroying stars, and even threatening to wipe out the human race. Amid the chaos and destruction, a young man named Riku leads humanity toward the tomorrow his heart believed in. One day, in the ruins of an Elf city, he meets Schwi, a female exiled “ex-machina” android, who asks him to teach her what it means to have a human heart.

“The world of No Game No Life already made a passionate impression on countless fans with the television series’ unique character dynamics and its core theme of the perseverance of the human spirit in the face of impossible circumstances,” said Sentai Filmworks President and CEO,
John Ledford. “No Game No Life Zero takes those core elements and amplifies them exponentially. This film will resonate deeply with fans who love the franchise, and filmgoers who will experience a paradoxical world where nothing is certain, except perhaps the strength of the human heart.” 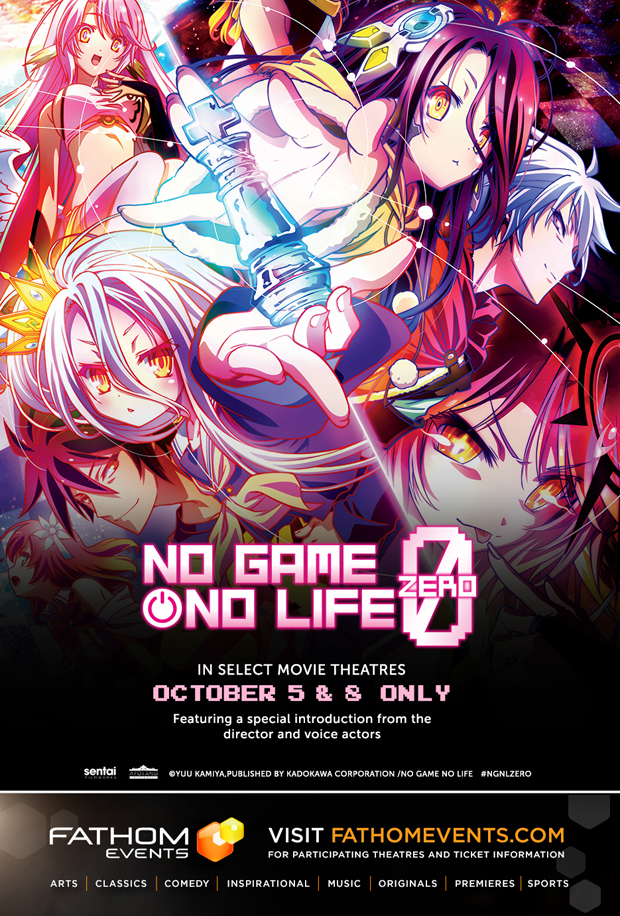 About Sentai Filmworks, LLC
Sentai Filmworks is a leading global supplier of anime and official anime merchandise, distributing and curating one of the industry’s most diverse libraries of top trending and classic titles. Offering thousands of hours of content across both traditional and digital platforms, Sentai is dedicated to bringing captivating stories and iconic characters directly from Japan. With hit series that include Parasyte –the maxim–, No Game, No Life, Food Wars!, Is it Wrong to Try to Pick Up Girls in a Dungeon?, and Akame ga Kill!, Sentai’s catalog continues to grow with new favorites like Himouto! Umaru-chan and Monster Musume: Everyday Life with Monster Girls, as well as classic anime series such as Legend of the Galactic Heroes. For more information, visit www.sentaifilmworks.com.