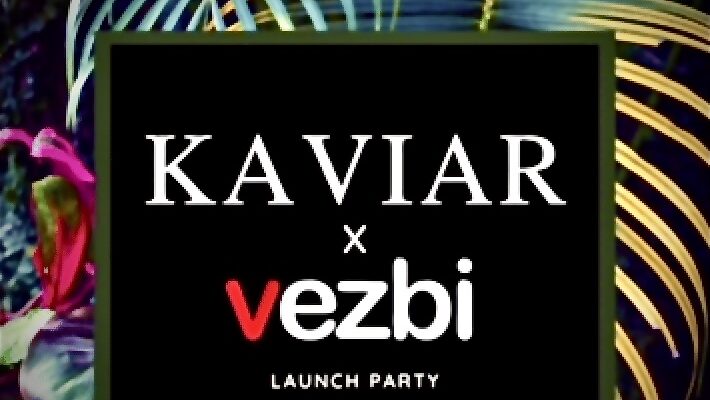 (EXPERIENCE MAGAZINE) Thursday, December 8th, 2022 ~ An amazing night at the opening of LA’s new hotspot KAVIAR. Filling the need for a globally recognized sushi restaurant, KAVIAR will have late night dining until 2:00 AM! Los Angeles sorely needs late night dining and KAVIAR will fill this need. This is Japanese traditional fare with a modern, gourmet feel. Executive Chef John Yeo and his team of chefs put out an opulent night of gourmet bites and offerings.

The Experience Magazine was in attendance for the first Taste of Vesbi and we look forward to future gourmet food! The idea is that the tastes of Vezbi are America’s taste. It was an exclusive VIP crowd filled with everyone from Influencer super stars, real life scientists, celebrities and downtown residents. Downtown Los Angeles has become a destination to party. Influencers are on-line talking about how amazing downtown Los Angeles is. It’s becoming much more Instagram ready as new development changes the downtown area.

This event was also about the launch of the super app Vezbi. All of these amazing personalities came together for the launch of the app. Vezbi is an innovative way for people and businesses to expand their customer base. The red carpet was VIP only! There were so many amazing people. The big stars at the event were, no doubt, Tik Tok super stars, Sami9 Swanson and Corey Brooks. They both looked amazing together. They are so funny together on Instagram. In real life, they both look like movie stars! They are both tall and happy people. Having them downtown for the opening of KAVIAR will always make the memory special.


Las Vegas entrepreneur and celebrity Coco Vinny was bringing the flashy Vegas vibe in his colourful suit.Coco Taps was founded by Coco Vinny when he wanted a good way to instal a tap in a coconut. Coco Vinny was on Shark Tank. He has a super positive vibe. I love Coco nuts! I can’t wait to try a Coco Tap. Ashley Younger from New Life Begins was with Coco Vinny. New Life Beginnings is a non profit from Long Beach that provides longterm shelter care for pregnant women.

KAVIAR, they have three Japanese suits of armour that will be a must see for Japanofiles worldwide.

There were so many amazing celebrities and VIPs on the red carpet. From Instagram influencers and actors to NBA legends. Here’s our coverage of the red carpet.

The Experience Magazine looks forward to the next Vezbi Super App event at KAVIAR!