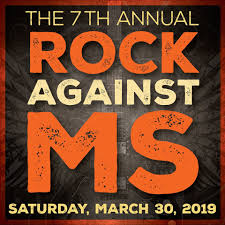 HOLLYWOOD, CA (March 11th, 2019) – Legendary drummer MARKY RAMONE & his band MARKY RAMONE’S BLITZKRIEG Featuring GREG HETSON on guitar, to dominate the stage at the 7th Annual Rock Against MS. Returning for hosting duties is comedic genius, actor and killer rocker Hal Sparks (Queer as Folk/ Dude Where’s My Car). Hal will be sharing the Hosting duties with MADtv alumni – impressionist, actress and renaissance rarity Debra Wilson (MADtv/American Dad!) as they unfold an evening of comedy, music and art in benefit of the Rock Against MS Foundation – Helping People NOW! Kicking off the night is the hottest Celebrity Orange Carpet featuring the biggest and brightest actors, rockstars and comedians! 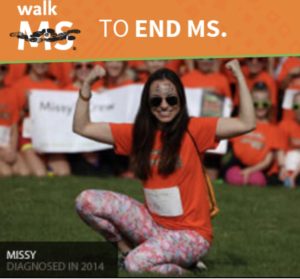 Marky Ramone is back in LA for the first time in 5 years with his band Marky Ramone’s Blitzkrieg featuring Greg Hetson (Circle Jerks/Bad Religion guitarist). This will be the ONLY California date so this show is a MUST SEE for all Ramones fan! The concert will also feature our star studded tribute to the artists that we lost in 2018 in a high-energy celebration of their most beloved song. 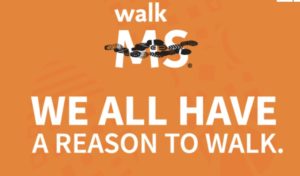 This special night is to raise awareness and educate the public about multiple sclerosis, while raising money to build the first of many MS resource centers, aptly name The ROCK HOUSE, across the Nation and outreach program services.

ADDITIONAL FUN: This evening has famed performance artist Norton Wisdom performing his art live on stage during the music, capturing the inspiration he gets from the music notes. 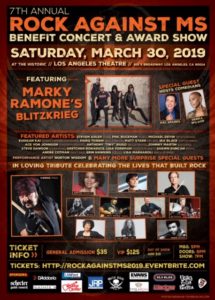