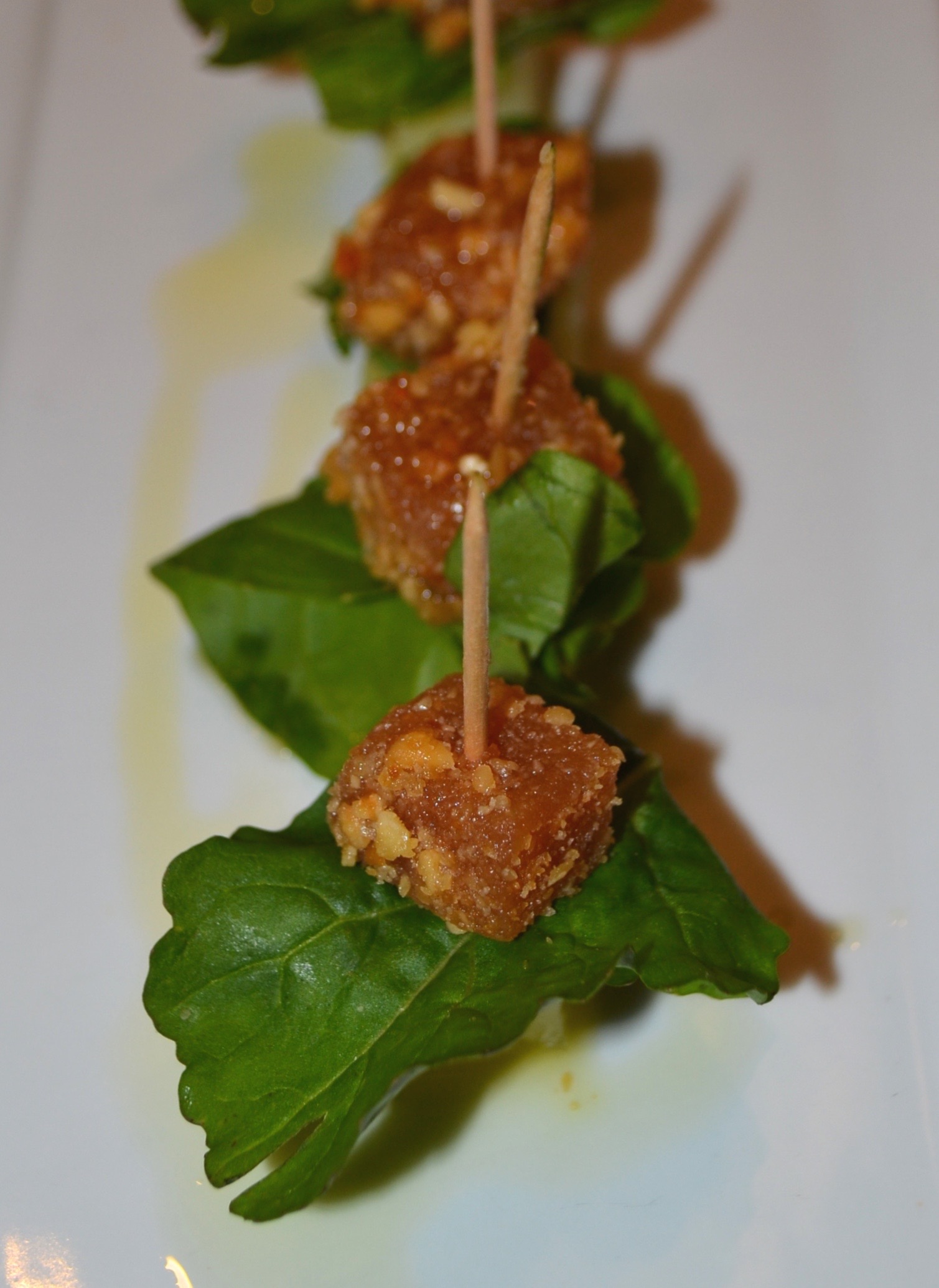 Located in the perfectly trendy area of the 3rd Street Promenade in downtown Santa Monica is a delightful and authentic Spanish tapas and wine paradise, Bar Pintxo. Executive Chef and owner, Joe Miller, opened his doors over 8 years ago and was ahead of his time with his vision of providing tantalizing small plates that embody the flavors and spices of Spain. Even his wine list consists mainly of Spanish varietals and vineyards.

The Experience Magazine was invited to sample an incredible combination of wines and small bites on Friday evening. We were graciously greeted by Miller himself, and seated at a small table near the impressive wall of wines. The restaurant is intimate and clean, with a friendly, beach-like vibe and an outdoor dining area for patrons to enjoy the delicious southern California weather while imbibing in the delectable nosh.

For the Record, Pintxo is a Basque word that literally means a “spike.” So, when the term “pintxo” is used in reference to food, it truly means skewered foods. In case you have tried to say the word out loud and failed, “pintxo” is pronounced “peen-cho.”

Miller asked us to put ourselves into his hands for the evening, and he took the reins on our dinning adventure. We began with a glass of Ameztol-Txakolin, a light, sparkling and easy-to-drink white wine. The first starter was the “Manchego y Membrillo con Almendras Marconas” which is a cube of the popular and tangy Spanish Manchego cheese toped with quince filled in macron almonds and a sprig of arugula presented on a skewer, of course. Next we tried the “Gildas” (which was actually named after the famous role played by Rita Hayworth in 1946) a skewer of white anchovy, guandilla chili and piquillo peppers. Quite a spicy treat to start your palette off on the right course.

Moments later we were brought a new glass of wine chosen to complement our soup and salad course. The Valdelainos-Verdejo was also a light and crisp white wine and was a perfect match with the “Ceviche Mixto”. One of the most creative ceviche dishes I’ve had in a long time, the Mixto refers to a mix of seafood including Albacore, octopus, squid and shrimp along with aji limo, red onion, cilantro and lemon. It was beautifully presented and masterfully prepared with just the right amount of tartness and flavor. The “Sopa de Cangrejo” is a rich bisque of crab, vegetable and a little cream, an artistically fresh take on a tomato based, seafood soup.

The table quickly changed as we finished our soup and salad course and moved right into our main tapas, “Croquetas de Bacalao”, crisp béchamel, house salt code, parsley with a garbanzo aioli. These small balls of rich, mouth-watering fare were scrumptious and filling. They were balanced nicely with the “Esparragos con Huevo a la Plancha”. This was a unique vegetable dish consisting of asparagus topped with shallots, garlic, lemon, parsley and a fried egg. The unification of flavors are reminiscent of a deconstructed  hollandaise sauce. The wine of choice was “Vina Mein-Treixadura Blend, a perfect match.

Our meal concluded with a light a tangy “Tarte de Fresas con Nata”, a flaky galette with raspberry jam, strawberries and topped with a house made whipped cream. Paired simply with a glass of sparkling rose.

With so many amazing menu options, it was impossible to taste everything we had our eyes on, but the sampling we had was so superb we are absolutely intent on returning for more. This gem of a spot on the beautiful coast of Santa Monica, California, Bar Pintxo transports its patrons to a coastal cafe in the heart of Spain. It is definitely LA’s premier destination for Spanish Tapas and Latin-inspired small plates.