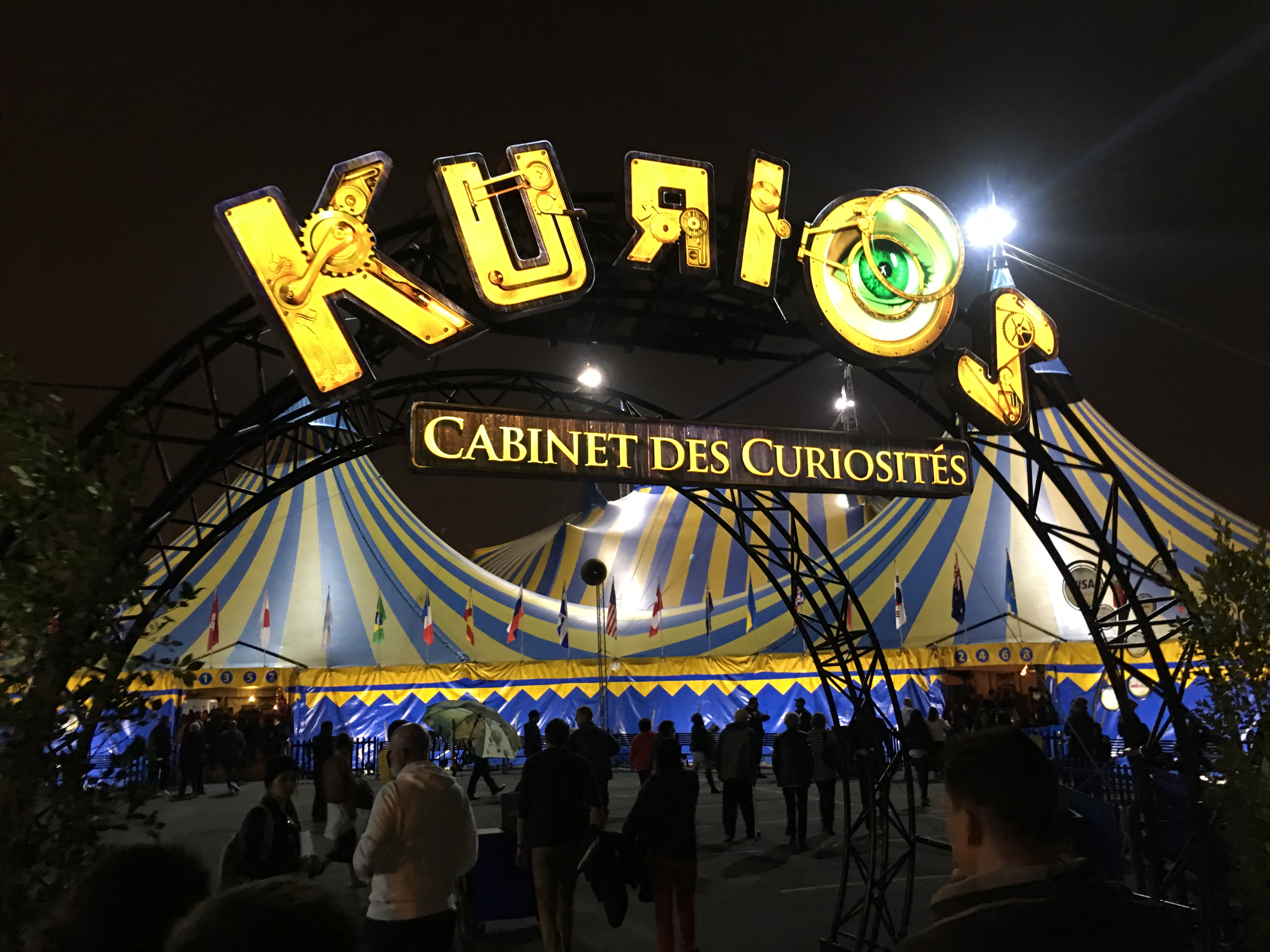 Cirque du Soliel’s Kurios has been running at Dodger Stadium since early December. Billed as a Cabinet of Curiosities, this show runs until February 7th and it shouldn’t be missed. This Cirque show is a big top touring show with acrobats and seemingly impossible routines. Each show is tailored around its cast. The uninitiated will often ask what the story of the show is. Cirque du Sloiel usually offers an explanation, but it really isn’t needed to enjoy the show. In “Kurios”, Cirque explains;

“Step into the curio cabinet of an ambitious inventor who defies the laws of time, space and dimension in order to reinvent everything around him. Suddenly, the visible becomes invisible, perspectives are transformed, and the world is literally turned upside down.”

Sounds easy enough. There is an inventor. And your perspective will be transformed. However, you will probably gasp in disbelief several times throughout the show. Suitable for little kids or adults, theres really no way to explain what you will see. Michel Laprise has created a stunning Cirque du Soliel show that leaves the others in the dust. Ive been covering Cirque shows since the first performance in Los Angeles and Orange County. They have come a long way.

Here’s what it was like to watch the steampunk inspired Kurios; The stage is set with a mechanical looking bridge that VIP spectators are invited to walk on before the show. There are performers walking around the house speaking in an unknown language. Antics on the stage continue with robot looking characters goofing around with paper airplanes and so on. Eventually, the stage is set and the performance begins. The MC seems to be speaking Italian or Romaininan with a word or two in English. He seems to be saying,”No photography!” The house band comes through the house with an old timey train heading the guitar, violin and banjo. Nothing says steampunk like a banjo player. The costumes of Kurios are Victorian era form another world. There are Monty Pythonesque fat man costumes that contain a tiny person on a telephone. As you can see, its hard to describe what’s going on. its easier to just attend.

The world renowned trapeze routine stuns from the start. The Ukranian duo of Roman and Olena Tereshchenko formed an “Aero Net”. This is a death defying routine that offers a tiny cushion on the hard floor in case Olena comes crashing down from one of Roman’s throws. My heart was in my mouth. Just in case I missed anything, they rotate the equipment and do it even higher. Its truly unbelievable.

“The Invisible Circus” is a flea circus done on large scale. It allowed me to catch my breath before more antics started.

As the night continued, there were trampoline acts, a group of asian acrobats. Cirque really pulled out all the stops for “Kurios”. If its any indication where Cirque du Soliel is heading, Ill be looking forward to yours to come.