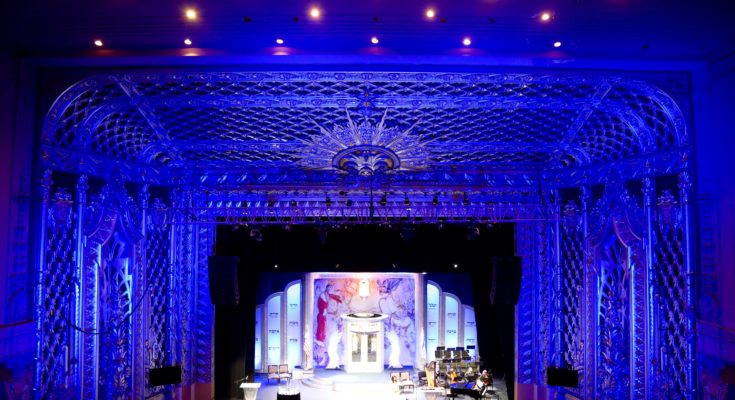 (EXPERIENCE MAGAZINE) — SEPTEMBER 29, 2017 — Kol Nidre is an Aramaic prayer that’s recited in a synagogue on the evening before Yom Kippur. We were invited to attend the Kol Nidre and Yom Kippur High Holy Days  this year in Beverly Hills. Rabbi David Baron from the Temple of the Arts  invited us to meet the guest speakers and attend the services. Starting at sunset, the tradition is that the members of the synagogue start a fast that lasts until the following sunset the next day.

During the Yom Kippur holiday, which is the holiest of the High Holidays, members are encouraged to atone for their past transgressions. Atonement comes for speaking directly to the person that you feel you have an issue with. Atonement is rather complicated. Rabbi David explained the different aspects of atonement and how one should go about doing this. Rabbi David is such a smart and gifted individual.

He has the rare quality of actually listening to what people are saying and giving his valued opinion. Rabbi David is a very busy man. He always brings together an amazing panel to speak at the Temple of the Arts and this year’s was no exception.

I was delighted to meet Greg Krentzman on Friday night. Greg was struck by a truck driven by an ISIS member in Nice, France last year. I saw Greg’s video taped message from the hospital last year and was moved by his strength and courage. When I met Greg on Friday in Beverly Hills, my heart felt heavy when I saw the crutches he was using. Standing in person in front of me with his wife and 11 year old daughter, Greg’s experience really struck me. The terrorists are getting closer to all of us. As I spoke to Greg, and we talked about it, I felt reassured and I was put at ease by Greg’s courage and charisma. I feel so lucky to have met Greg Krentzman at the Temple of the Arts.

The surprise guest that really blew me away on Friday night was Anne Bayefsky. Anne is an International human rights lawyer who is the director of the Touro Institute on Human rights. I asked Anne, “What is one thing that would surprise people to know about your work?” Anne said, I think it would surprise people to know that the United Nations is a leading global purveyor of anti Semitism.” Yes, that was surprising. She went on to say that the UN was designed in 1945 which was a different time and place and they can’t even agree on a definition for “terrorism.” She added that the Security Council has never even mentioned the word “Hamas.” Anne went on to mention other things that I had never considered. I had so many questions. I was really intrigued by what she was saying. I look forward to hearing from Anne in the future.

It may come as a surprise to many of the members of the Temple of the Arts that Rabbi David invited a Catholic Priest to attend Kol Nidre and Yom Kippur. Father Kelly is from County Clare, Ireland. He has worked in the Catholic Church for many years and has a distinguished career as an ordained priest. The reason he was invited to attend the service is for his work with the Magdala stone. The Magdala stone was discovered in Jerusalem. It’s from the oldest synagogue ever excavated in Galilee. This is a place where Jesus taught. The Magdala stone has the oldest known menorah carved into it. There are carvings on the stone depicting the Second Temple of Jerusalem. Also on the stone is a carving of Ezekiel’s wheel. There are so many symbols. The Magdala stone is really a time capsule or an iPhone of the past. Both Rabbi David and Father Kelly had so much to say about the Magdala Stone.

I was fascinated by the carved replica that Father Kelly brought with him. The stone itself has a squat and slightly exaggerated look to it. Whomever carved it had an individual style that you can see to this day.
The final guest that I interviewed before the service was Haider Elias from Houston. Haider is the president of Yazda.org. Yazda.org is working with International Labanese-British human rights lawyer, Amal Clooney. Haider is working to bring ISIS criminals to justice. Haider is Yazidi, and he lost his brother in Iraq during the Yazidi genocide of 2014. The United Nations Security Council is taking steps to bring former ISIS members to justice. Haider says that there are more than 2,000 people in Europe who have fought for ISIS. Haider’s mission sounds difficult and his organization has a lot of work to bring these people to justice. It was so interesting to meet Haider in person and see his determination. His willingness to fight for what he thinks is right.
The Kol Nidre service was just amazing and so interesting. 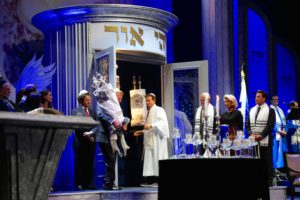 The service represents the end of a ten day period of repentance. Historically, its on the tenth day between Rosh Hashanah and Yom Kippur when Moses brought down the second set of commandments signifying that God had granted atonement for the peoples sins.
Rabbi David spoke on atonement and I think this years service was really just an amazing evening. As is the tradition at BHTOTA, the Kol Nidre was recited three times. I feel so lucky to listen Rabbi David and what he has to say. I also really enjoyed the music and the cantors. Jordan Bennet has such an amazing voice. Jordan seems to transport the listener to another time.  Ilysia Pierce has such a fine voice too. Really, I am just blown away at the cantors at the Temple of the Arts.

As autumn approaches and we attended Temple for Yom Kippur, we all thought about healing our hearts and minds. Rabbi David spoke about reconciling with family and friends over disagreements that have kept us apart. He encouraged us all to let go of the anger and resentment. This transformation is so powerful and allows us to have a calmness and clarity in our lives.
The Experience Magazine gives thanks to Rabbi David and the Beverly Hills Temple of the Arts for letting us attend this years Kol Nidre and Yom Kippur. We look forward to attending next year.