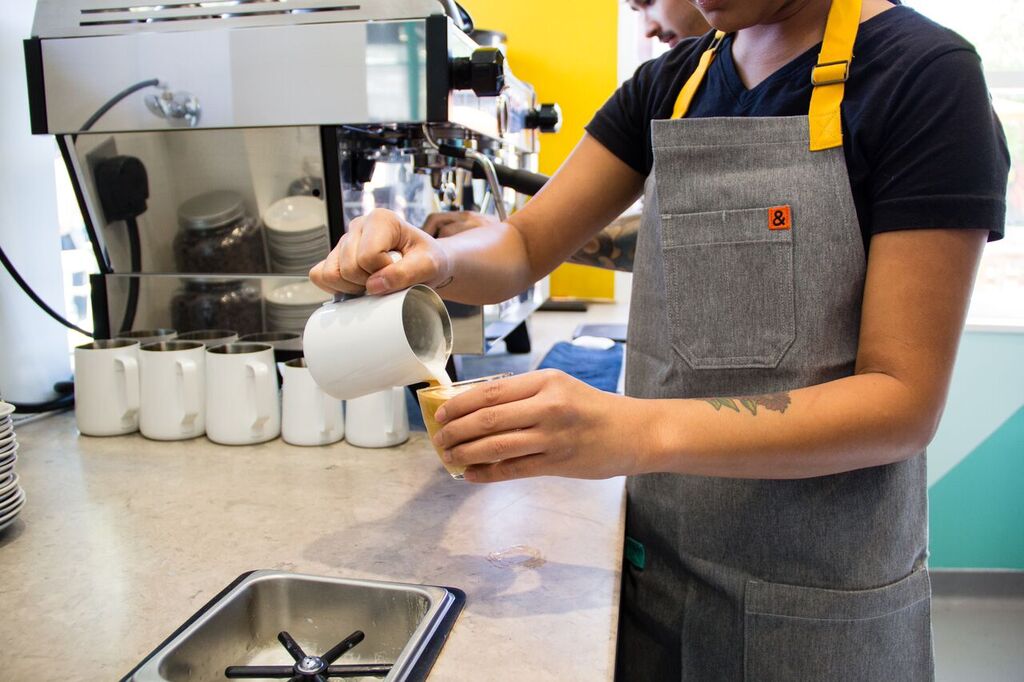 The Experience Magazine recently stopped the hot new location a The Point in El Segundo called Superba. This is an open air restaurant featuring American brasserie gourmet dining. Monday, November 23rd, was the opening night of the restaurant. This is one of the top foodie destinations that has opened in Los Angeles in recent memory. Serving gourmet American comfort food on small plates, Superba has communal tables and features organic, sustainable fare. The new location at The Point is really the best spot for a restaurant at the entire facility. There’s dining inside with tables and a patio to relax at.

When we arrived at Superba, the place was buzzing with activity. The Point is an exciting new location with restaurants, fountains and large common areas. It’s such a welcomed addition as there are few choices for gourmet dining in this area. El Segundo offers the usual chains and diners but Superba is offering a space that has special food. Food that is inspired by chefs James Trees and Jeff Thomas. These guys have a passion for food and drink. To be honest, its in the vegetarian dishes that you can really tell. I have met countless chefs in Los Angeles that have gourmet $25.00 burgers but when you ask about the veggie burgers or salads, they point to an obligatory offering that was put together out of necessity. Its rare to be blown away by a salad. But thats exactly what happened. We started our meal with a roasted beet salad. It was like no other beet salad I’ve ever had. Chef James told me that he prepares the pistachio pana cotta with a little bit of cream and gelatin. What an surprising contrast to the sorrel arugula and Hearts on Fire lettuce. Superba really gets cheese right. The goat cheese on this beet salad complements the textures and flavors. Its hard to go home and make a salad for yourself after you taste what is going on at Superba.

Superba serves fresh Kusshi oysters from British Columbia on the half shell. I love raw oysters. They are difficult to have on a menu because they have to be brought in every day. These oysters must have been flown in from the ocean on the same day. There was just a little bit of brine in each one which enhanced the flavor. They were presented so elegantly. But the sauces is where the chef’s expertise came in. The smoked cocktail sauce was just slightly smoky. The horseradish yuzu had just the right amount of heat. The surprise was the rose mignonette. It had a handmade flavor. A subtle rosy taste.
The next dish i was just hands down blown away by is the Shrimp and Grits. Shrimp and Grits has become a popular foodie dish. ‘Ive had it countless times. I grew up eating grits in Florida. This Shrimp and Grits dish at Superba is the best Shrimp and Grits I’ve ever had. Chef James told me that he held a contest in the kitchen to see who could make the best grits.  A chef from New Orleans won the contest. He uses grist and toll yellow grits. The shrimp are charred tomatillo prawns. Together with the red eye gravy, this dish is worth coming back for. I think it speaks about the menu. Chef James is looking for ways to make each plate special. He is a master food preparer, but he also seeks the best cook to prepare each plate. Superba will break rules. They support local artists, like a lot of local eateries, but they believe in local artists. The T shirts that the staff wears has the Hecho En Venice emblazoned on the back by Venice artist Oscar Galan. Chef James is proud that a local artist created the  iconic logo. It speaks to the concept of Superba which is, ”do what you do…really well.”
So the next dish that was just off the chart with flavor was the Rotisserie Chicken. Superba uses Mary’s Chicken. Mary’s is an organic, sustainable chicken. Chef James rubs a spice mix with chilis, garlic and kombu onto the chicken and cooks it until it’s just falling off the bone. To enhance the chickens flavor, pressure cooked greens and garbanzo beans come with it. There’s also a Cheddar biscuit piri piri. This soaks up the juices of the chicken and dares you to not be eaten.
Executive sous chef Jeffrey Thomas, stopped by and told us about a few of the menu items. His knowledge about that the cocktails that the bar creates is really on point. We had tried the Beet Mimosa, which is a Superba specialty. But Chef Jeff insisted we try the Samichlaus. This malt liquor comes from the Castle Brewery in Eggenberg. It’s a craft beer with a limited edition run. It’s served in a wine glass. It’s alcohol content is 14% by volume. The warmer it gets, the better it tastes. It’s similar in texture to cognac. It was such a treat. Chef Jeff real knows his business.
Our server, Devin, did such a great job. She really insisted that we try a cheese plate to clear our palette after eating all this fine food. I was just shocked at how delicious each element on the cheese plate was. The grapes are roasted in olive oil and seared in a pan. They have an almost raisin taste. There is cheese from Croatia. There’s cremeux, bay blue, ‘evitaz, passkey sir and mothers goat cheese. Also on this amazing post dinner treat are apricots and  honey prepared three different ways. The cheese plate has to be tried. It was a memorable way to end a meal.
The desert cart was like revisiting Candyland. There are hand crafted lollipops, puddings, cookies and tarts. The banana pudding had a homemade flavor. The peanut butter cookie is simple delicious. This was the best meal I’ve had in years. I’m looking forward to going back to Superba in the years to come.
Supeba Food+Bread has just opened its doors at The Point in El Segundo. Stop by for breakfast, lunch or dinner. 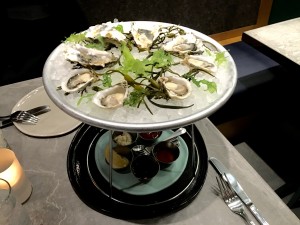