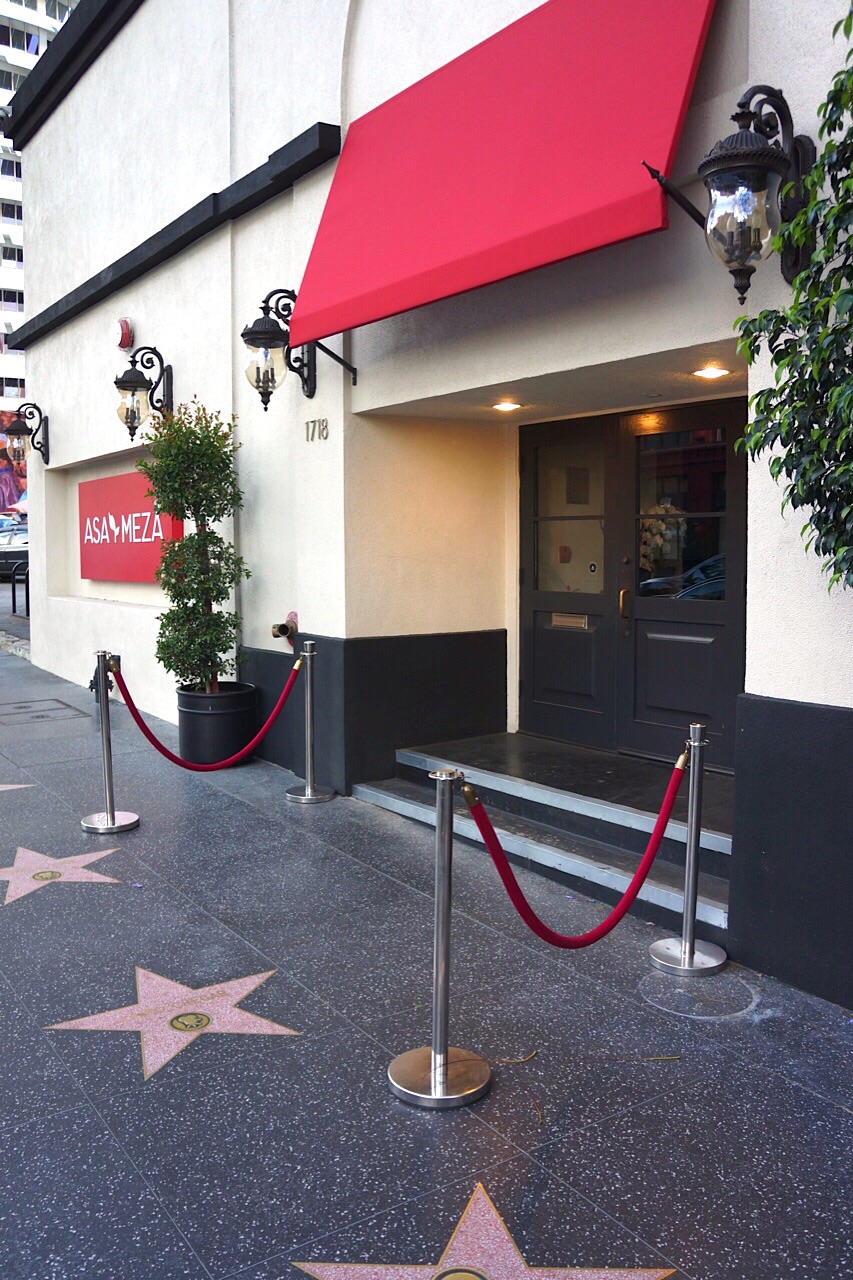 Spread the love
Hollywood! The entertainment capitol of the world! The Experience Magazine is constantly covering events in the Hollywood area. There are many locations in Hollywood that host Entertainment Industry events and parties. We were fortunate to visit the new hot spot near Capitol Records called Asa Meza. This is an exciting new place that remodeled the old Lexington Social Club on Vine. This area of Hollywood is only a few hundred yards off of Hollywood boulevard but it’s light years away from all the tourists that frequent the area.
The concept of Asa Meza is to create a community restaurant that is inclusive of the people in the community. Edgar and Edson Baek invision a comfort cuisine. Edgar says that Asa Meza has a Latin America meets Japanese omakase(meaning chefs choice) flavor. The menu is based on childhood influences.  Rather than one big meal, the small plates or Tapas style is a great way to taste what Asa Meza is offering. They do offer full sized entrees. It just depends on what you’re interested in. The bar has many handcrafted cocktails. Too many to mention.
Our meal allowed us to sample some of the best flavors that Asa Meza had to offer. The Mixto appetizer featured Peruvian and Asian tastes. The sauce was distinctly Peruvian. while the fish was like sashimi.  The Chicken Wings had a distinctly Korean flavor which were memorable. These are the best Chicken Wings in Hollywood. Without a doubt. Chef Joey Lopez has created unique empanadas, ceviches and Peruvian street food. Its luxe dinning to be sure. The ingredients are locally sourced when available. The Five Spice Chicken and the Short Ribs are two of the most popular entrees. The menu is still evolving and there are many exciting dishes coming soon.
Asa Meza is serious about being involved with the Hollywood community. They have created a neighborhood gathering spot that has quiet corners, a stylish bar, and a back room for VIP events. Asa Meza has teamed up with Project Angel Food. This is an incredible program that offers meals to people with cancer, heart disease, HIV, and COPD. We’re looking forward to future visits to Asa Meza. They’re open until 10:00pm during the week and 12:00 midnight on Friday and Saturday.
Website for Asa Meza
http://www.asameza.com