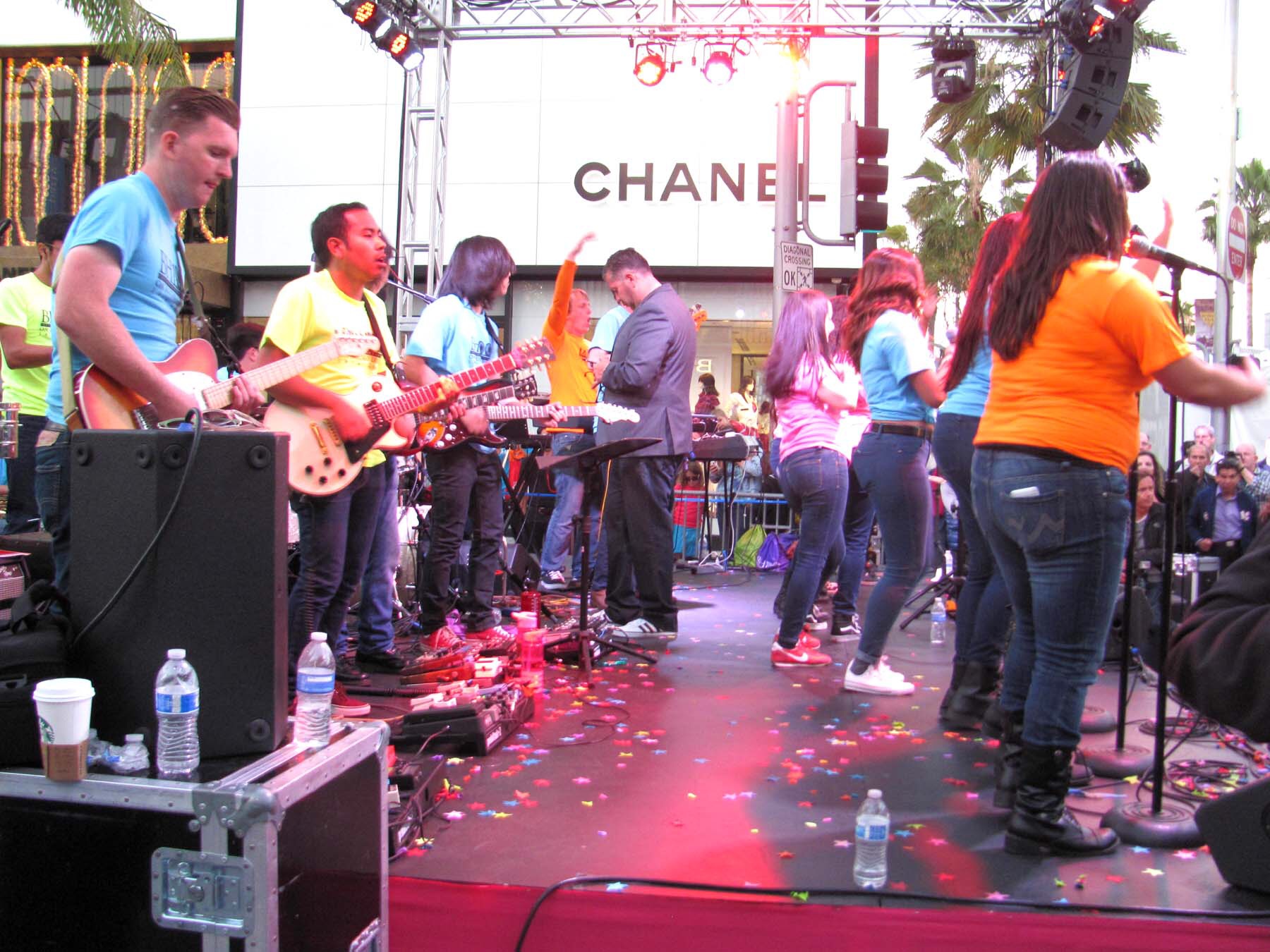 On Sunday, April 27th, the city of Beverly Hills closed off Rodeo drive for a nearly five-hour party featuring Ferris wheels, a 20-piece dance band, fireworks and a performance of “Dancing in the Street.” There were other great performances as well.

A massive cake that weighed close to 4,000 pounds and an ingredient list that contained 262 pounds of flour, 460 pounds of sugar, 900 eggs, 210 pounds of butter,and a giant mountain of chocolate. The cake was able to produce 15,000 slices for the general public.

The cake, was a replica of Beverly Hills and Rodeo Drive. It was adorned with sugary palm trees, spray-painted chocolate flowers dusted with sparkle and replica boutiques made to look like shopping bags. The cake was complete with edible tissue paper crinkled between the handles.

The cake was placed under a white canopy in front of the Luxe hotel. The cake was surrounded by a 9-foot-tall, 12-foot-wide and 24-foot-long replica of the Spanish Renaissance-style 1932 City Hall and all this was edible.

Chef Donald Wressell designed the huge cake and has been working on it since last summer. He had the help of dozens of top hands who were flown in from Chicago and Florida to turn sugar into ribbons and fantasy flowers. He built plywood platforms, calculated the amount of needed flour, sugar, butter and chocolate.

A fireworks show closed the event which also featured the “Taste of Beverly Hills” with food and drink and game booths.

There was also a display of new cars and an electric Mercedes smart car was parked at the front of Rodeo Drive near Wilshire Boulevard.

It was a wonderful time this past Sunday,April 27th, on the famous Rodeo Drive in Beverly Hills.