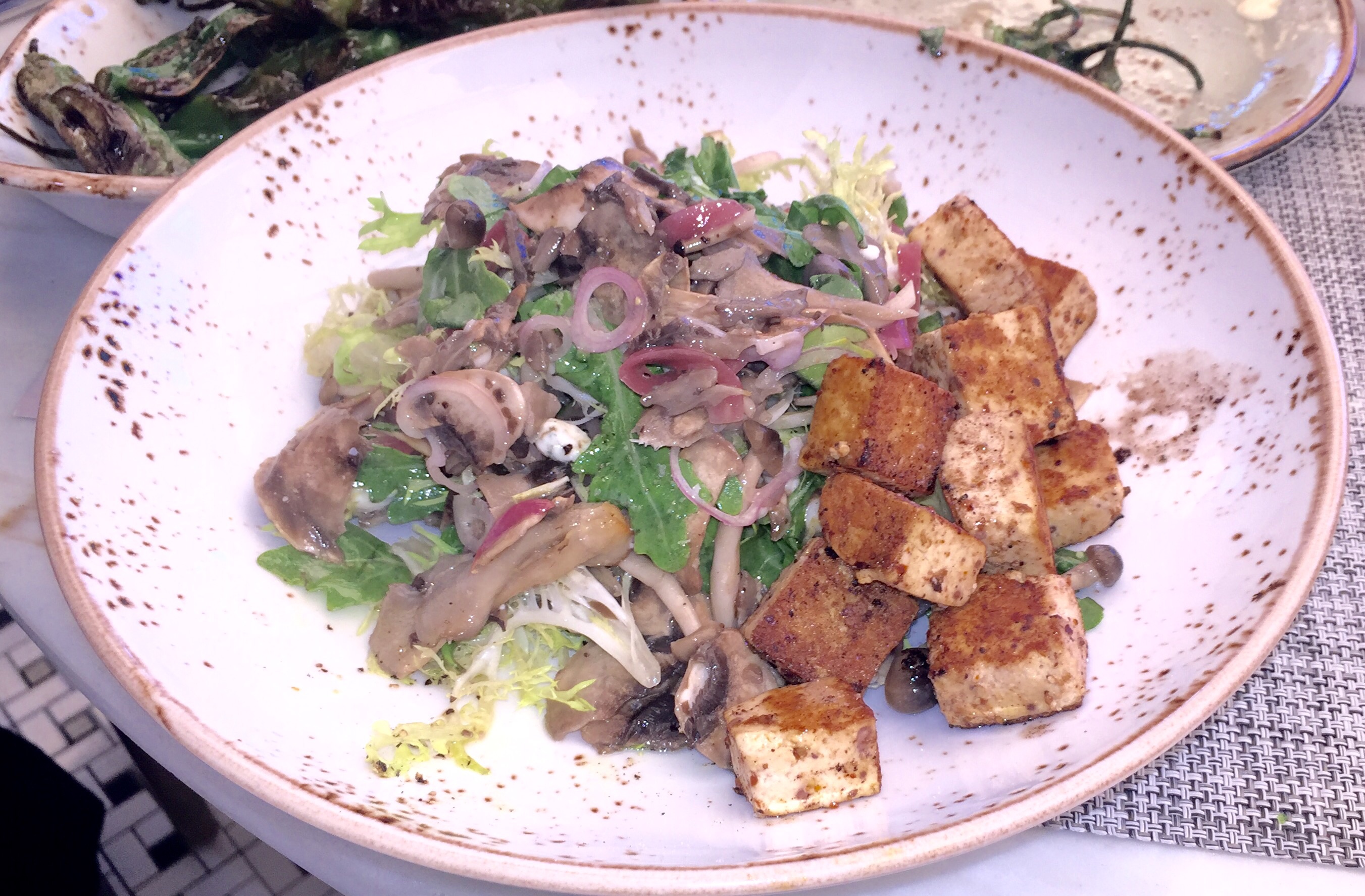 The Experience Magazine was fortunate to be invited to FIG in the luxurious Fairmont Miramar Hotel in Santa Monica. Fig is currently working with chef Yousef Ghalaini who has created a brilliant menu of Mediterranean influenced food. Chef Ghalaini is the Executive Chef at FIG. He brings locally sourced, organic food to the seasonal menu. FIG has such a prominent presence in Santa Monica. The atmosphere at FIG is casual yet upscale. The restaurant was serving many people when we arrived for lunch. There’s an indoor/outdoor feel to the main dining room. The exclusive pool from the Fairmont Hotel can be seen from the restaurant. It’s like being at an exclusive resort. Our server was Michael. He was the best server ever. He knew the menu extensively and was able to answer questions about the restaurant and food preparation. We started with French fries and Shishito Peppers. The French fries were spiced with five spice and Tamarind. The flavor was salty and savory. The organic Shishito peppers were not overly complex. You could taste the components. We also tried a cocktail. The Peruvian Pain Meds was a handcrafted cocktail with a sweet taste. The Market Soup was an organic tomato bisque. The tomatoes are from local farms.

For an entree we tried the Arugula salad. This featured red onions, Californian olive oil and shaved pecorino. I went with Moroccan spiced laughing bird shrimp for the protein. I don’t think I’ve ever had these flavor combinations. It was such a unique experience. Chef Ghalaini prepares the food with Mediterranean spices but it’s not too heavy.
I had to try desert because they do such a great job with dessert. The sorbet adds such a nice touch to the end of our meal.
The staff at FIG in Santa Monica were so gracious to host our lunch. They accept reservations or you can just stop by.
Website
http://www.figsantamonica.com/mobile.html