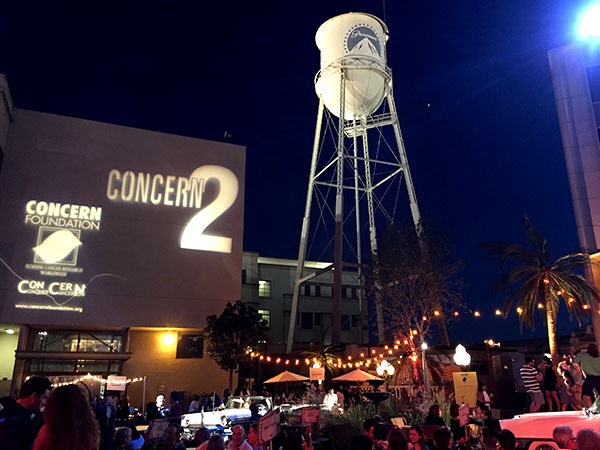 (Los Angeles, July 11, 2015) – Concern Foundation presented its 41st Annual Block Party, An Evening in Paradise, on Saturday, July 11, 2015 on the backlot of Paramount Studios in Hollywood.

The Concern Foundation Block Partied have raised millions of dollars, which have provided critical funding for research projects throughout the world focused on immunology-based approaches to treating cancer.   The island themed event, brought in approximately 4,000 people and raised more than a million dollars, the event was outfitted by a number of sponsors and vendors who brought gourmet foods, specialty cocktails, and interactive experiences. Some of the event activities included 3D Cheeze photos, Brian Kramer digital photo studio, Island Ink airbrush tattoos, spa services provided by Marinello Schools of Beauty and a full gaming casino.

Also at the event was the Experience the Best of L.A.® on Los Angeles magazine’s street featuring the Infiniti Lounge, special giveaways and treats from CLIF/LUNA Bar.   One of the most anticipated portions of the event was the live auction hosted by award-winning actress Jill Whelan from The Love Boat. The Block Party also brought live musical entertainment on four stages, featuring Oskar Caraya & The Enclave and D’ City Sound with MC Dwayne, as well as a number of island themed performers such as Pan Dulce, Son De Cuba, Caro Pierotto and Marbella. 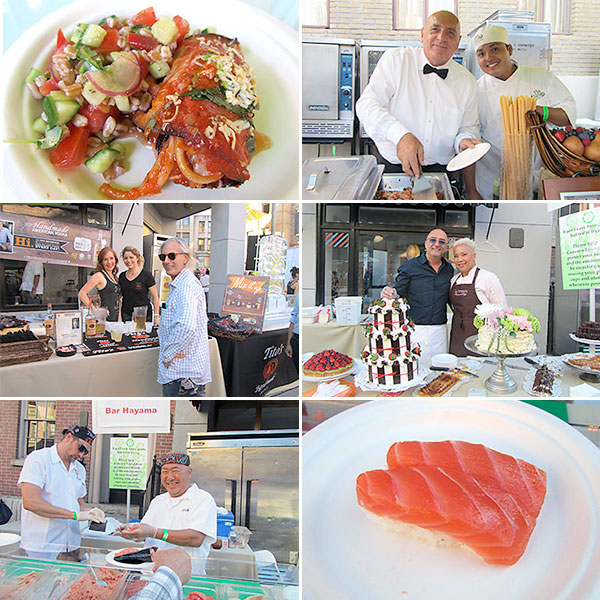 This year the Block Party paid tribute to the more than 750 cancer researchers who have been funded by Concern in the last 47 years, all of whom have demonstrated their achievements as leaders committed to finding innovative treatments and ultimately, cures for cancer.   “We honor these scientists’ achievements as leaders in the cancer research community and their dedication to finding new approaches in the quest to conquer cancer,” stated Derek Alpert, President of Concern Foundation.     About CONCERN FOUNDATION:   Since its inception in 1968, Concern Foundation has invested $57 million dollars in more than 750 gifted scientists committed to understanding how the immune system can be used to treat cancer. Concern Foundation’s mission is to conquer cancer by providing essential funds to support the early stages of discovery by the most promising and innovative immunologists.   Recent trends show that cancer is expected to surpass heart disease as the leading cause of death in the U.S. by 2030. Funding for cancer research has never been more critical in order to reverse this trend. For more information, please visit: www.concernfoundation.org.   Here’s video from the 39th Annual Block Party