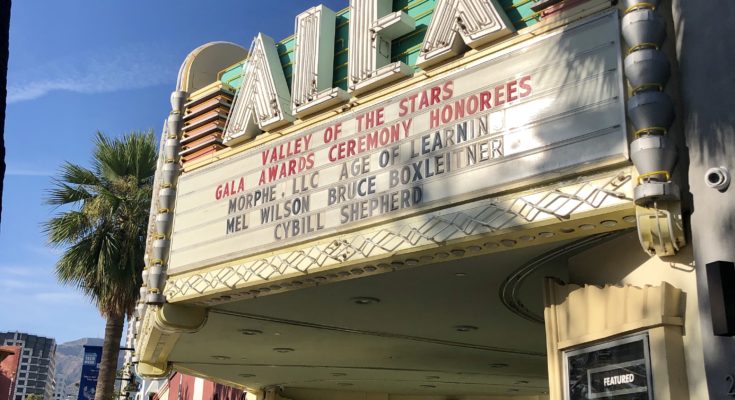 (EXPERIENCE MAGAZINE) — GLENDALE — The Valley Economic Alliance celebrated its 25th Anniversary with award-winning Actress, Musician, Author, Producer, and Model Cybill Shepherd. Cybil was the recipient of The Star of the Valley Award for Arts & Entertainment. This special evening at the Alex Theater took place on Friday, August 23rd. The event was hosted by the Valley Economic Alliance. They are the Valley’s premier economic development organization. The event celebrated leadership in arts and entertainment, business, education and humanitarianism. Cybil Shepherd received the “Star of the Valley” award.

The food for the event was delicious and there was plenty of food and drink for everyone in attendance. Celebrity vegan Chef Eddie Garza created the menu for the gala.
Other honorees for the event included: Mr. Mel Wilson (Humanitarian) and actor Bruce Boxleitner (Arts & Entertainment), Morphe Cosmetics (Business) and Age of Learning (Education).

Few women in the past four decades have captured the American imagination like Actress, Musician, Author, Producer, and Model Cybill Shepherd. From wholesome beauty queen to captivating cover girl, from heartbreaking movie star to one of television’s most beloved comediennes. From naïve sex kitten to liberated, political spokeswoman, Shepherd has tackled these roles with an indomitable spirit that has made her a female icon to an entire generation. 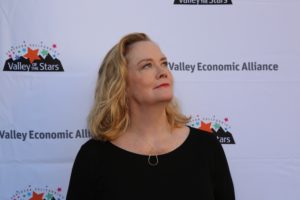 Born and raised in Memphis, Tennessee, Cybill was named “Model of the Year” in 1968 by Stewart Models, and has appeared on the covers of Life, Vogue, Glamour, and People, among many other publications. She made her film debut in 1971 in the highly acclaimed feature The Last Picture Show, earning a Golden Globe nomination for most promising newcomer. This led to starring roles in Taxi Driver, The Heartbreak Kid, Daisy Miller, Chances Are and Texasville, just to name a few.

Cybil has starred in three television series: “The Yellow Rose”,”Moonlighting”, for which she won two Golden Globes and scored an Emmy nomination, and her self-titled show “Cybill”, which she also executive produced and earned another Golden Globe, three Emmy nominations and a SAG Award nomination. Cybil Shepherd is an inspiration to so many people and a true Hollywood Icon. 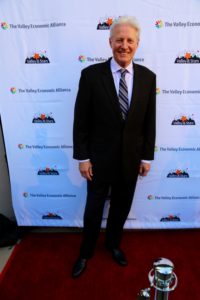 Bruce Boxleitner is an Actor, and Science Fiction Writer. If you’re a Sci Fi fan, Bruce is Sci Fi royalty. Known as John Sheridan on Babylon 5, Bruce also played Alan Bradley (Alan-One who wrote the original Tron program) in the original 1982 Tron. He’s also known for his leading roles on the TV shows How The West Was Won, Bring Em Back Alive, and of course, Scarecrow and Mrs King with Kate Jackson. Bruce has written two science fiction novels. The Sci Fi Western Frontier Earth and another Sci Fi with a Western theme is the Searcher. Something that a lot of people might not know about Bruce is that he has been appointed to the Board of Govenors of the National Space Society which is a nonprofit, educational space advocacy organization founded by the legendary Dr. Wernher von Braun (known for his work on the Apollo project). Bruce is a hard worker and it was such an honor to have him at the gala.

Mel Wilson has 41 years of experience in buying and selling homes in Porter Ranch, Northridge, San Fernando, Baldwin Hills, View Park-Windsor Hills, Ladera Heights, Leimert Park, Crenshaw, and the surrounding areas. Mel focus is on technology driven real estate transactions. Mel has served for 21 years on the Board of Directors of the California Association of Realtors and 14 years on the National Association of Realtors. He served as a member of the California State University, Northridge President’s Advisory Board for 18 years. He is a founding board member of the Valley Economic Alliance. Mel is the first broker to represent Restore Neighborhood L.A. Inc of the City of Los Angeles National Stabilization Program which is a $142 million program for the sale and acquisition of residential real estate for low and moderate income households. It was an honor to have Mel and his wife at the event. Mel is such a possitive person and very charismatic.

The Experience Magazine was so honored to be chosen to cover the red carpet and have dinner with all of the award recipients. We look forward to next years gala for the Valley Economic Alliance.