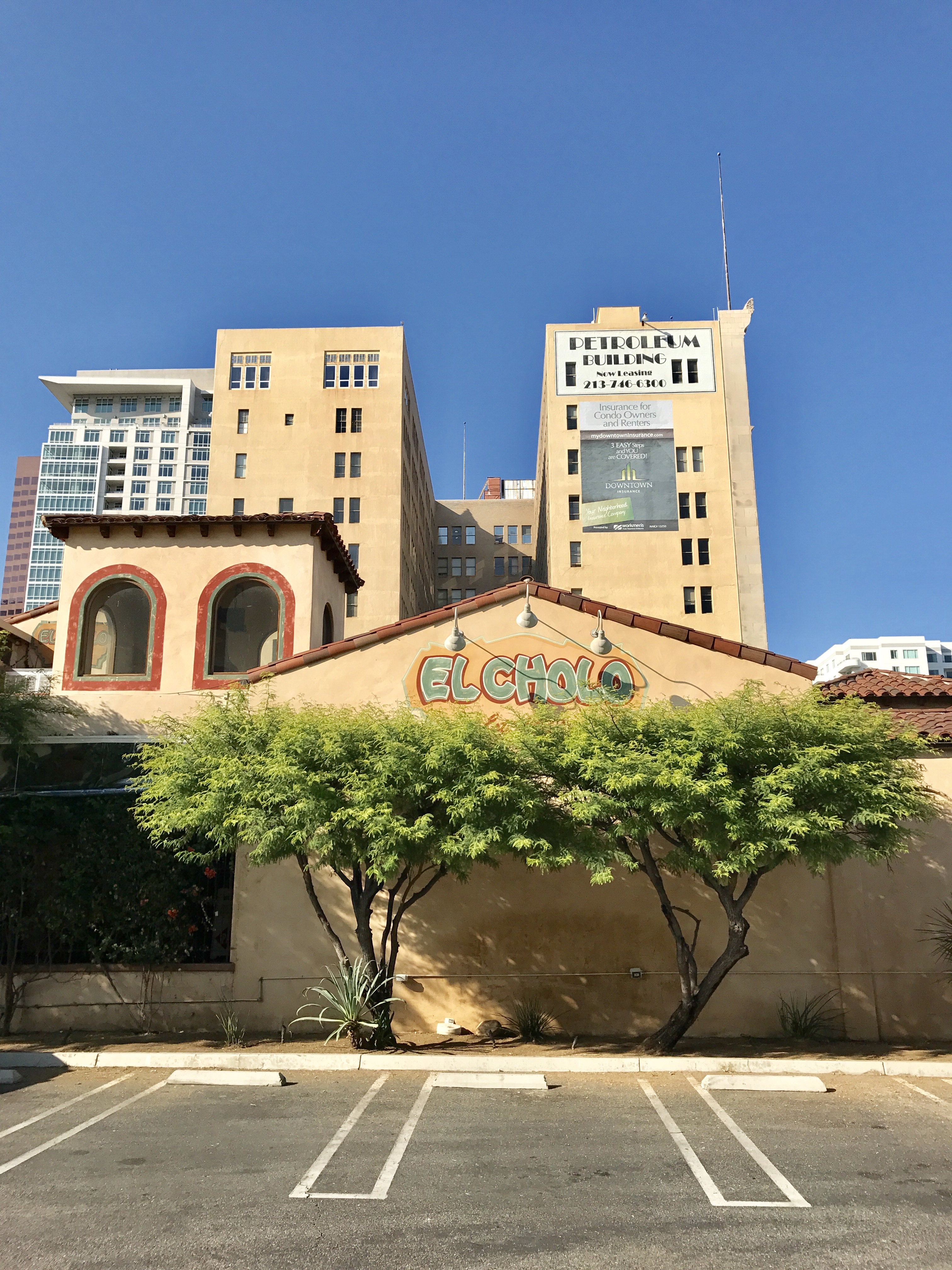 The Experience Magazine stopped by the famous El Cholo in downtown Los Angeles to sample the menu and enjoy a few cocktails. The El Cholo franchise started back in 1923 when Alejandro Borquez and his wife, Rosa, started a small cafe in Los Angeles.

The story of El Chollo after 1923 is an epic tale of restaurants opening, families merging to open more El Chollos and the creation of iconic dishes. For example, in 1959, a woman named Carmen Rocha joined El Cholo and created a dish called “nachos.”

Later in 1967, El Cholo becomes the worlds largest user of Cuervo 1800 tequila while introducing the world to the “top shelf” margarita. The location that we visited in downtown Los Angeles is now in its seventh year.

It’s the margaritas and nachos that make El Cholo so memorable. We decided to try the LA FLACA margarita and the 24 KT. MARGARITA. The LA FLACA is made with Patron Silver, Patron Orange Liqueur, and fresh lime juice. This is a Patron Margarita with smooth taste. It paired well with the fresh guacamole and nachos. The 24KT. MARGARITA is a masterpiece.

Costing a mere $24.00, this margarita blew me away. It’s smooth, its delicious and it’s made with the legendary Grand Marnier Cent Cinquantenaire, which if you don’t know, costs $350.00 a bottle.
I had to try the Shrimp Enchiladas that was on the Specials menu. The flavors in this dish combined to make something that is very Mexican. The shrimp were fresh and the dish was served piping hot. We also tired the Blue Corn Enchiladas. This dish mixes salsa, sour cream and avocado. Paired with the margarita, this dish has a great flavor that is unmistakably El Cholo.

We also got to try the Green Corn Tamales. The tamales dish is flavored by the husk that it’s cooked in. You simply have to try an El Cholo tamales and see what all the fuss is about.
For dessert, we tried the flan. It was great. light and delicious and not too sweet.
The Experience Magazine recommends El Cholo for anyone who is in downtown Los Angeles. Stop by today and have a delicious meal.