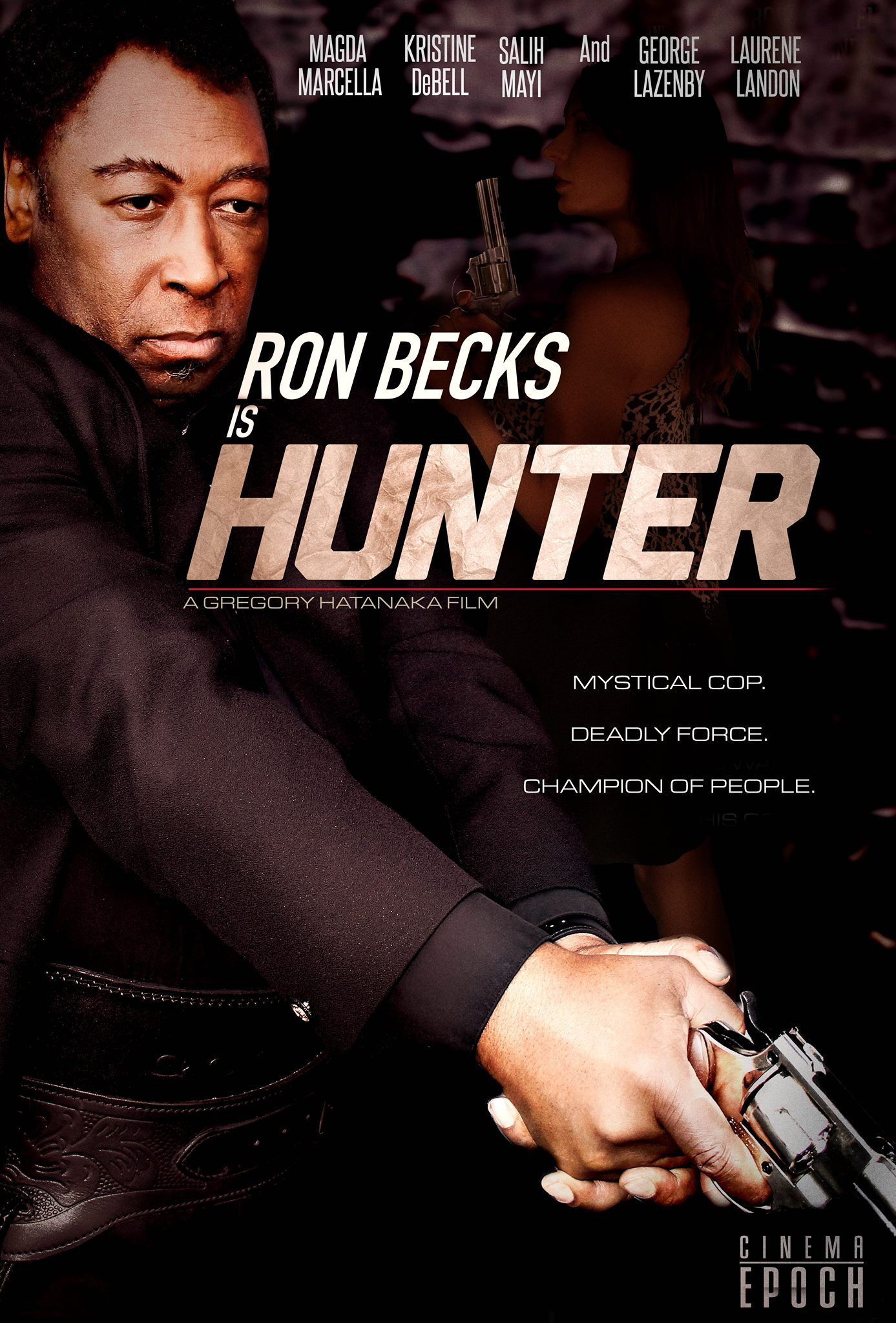 Hunter: Future Cop, the edgy urban action thriller directed and produced by award-winning filmmaker Gregory Hatanaka will be released at Walmart stores nationally on December 1st and it is also available on demand at Amazon, Google, iTunes and Cable. Noted actor Becks is the writer-producer and star of Hunter where he plays the title role of Lt. Ramsey Hunter. Hunter’s life changes drastically when several cases hit him simultaneously. In no time, our brave hero has to contend with a rogue cop killer, a beautiful Southern runaway serial killer and his corrupt police captain boss blackmailing him. But only one of the cases leads him to an ending of universal truth. Mystical Cop. Deadly Force. Champion of People. Beck’s Hunter is all that and more in this moving thriller that will keep audiences on the edge of their seats. Hunter has a quick draw and a heart of gold in this epic film.

“Making Hunter was such a treat as I worked with a talented veteran cast such as Ron Becks, GeorgeLazenby, Kristine DeBell and Laurene Landon who really helped to bring this retro 70s cop thriller to the silver screen,” said Hatanaka.

“It’s always an honor to work with Gregory (Hatanaka). I’m very grateful to him for giving me my first villainous role,” said DeBell.

Landon echoed DeBell’s sentiments. “Gregory is indubitably the most innovative director I have ever been granted the serendipity to work for. He pushes the boundaries of the status quo,” she said. He gives his actors the creative license to bring the characters to life. I love playing deeply flawed characters and Gregory challenges you to make them not three – but four dimensional, with respect and compassion. I am in awe of this man. What an honor to play my first villainous role opposite George Lazenby, a consummate pro. And Ron Becks is superb as Hunter,” added Landon.

“Hunter is not your typical cop and robbers movie, because it’s more about our inner journeys in that at some point in our lives we are ruled by self doubt and self made demons, so it’s all about finding the hero in you,” said a philosophical Becks.

More info about Hunter at these links: