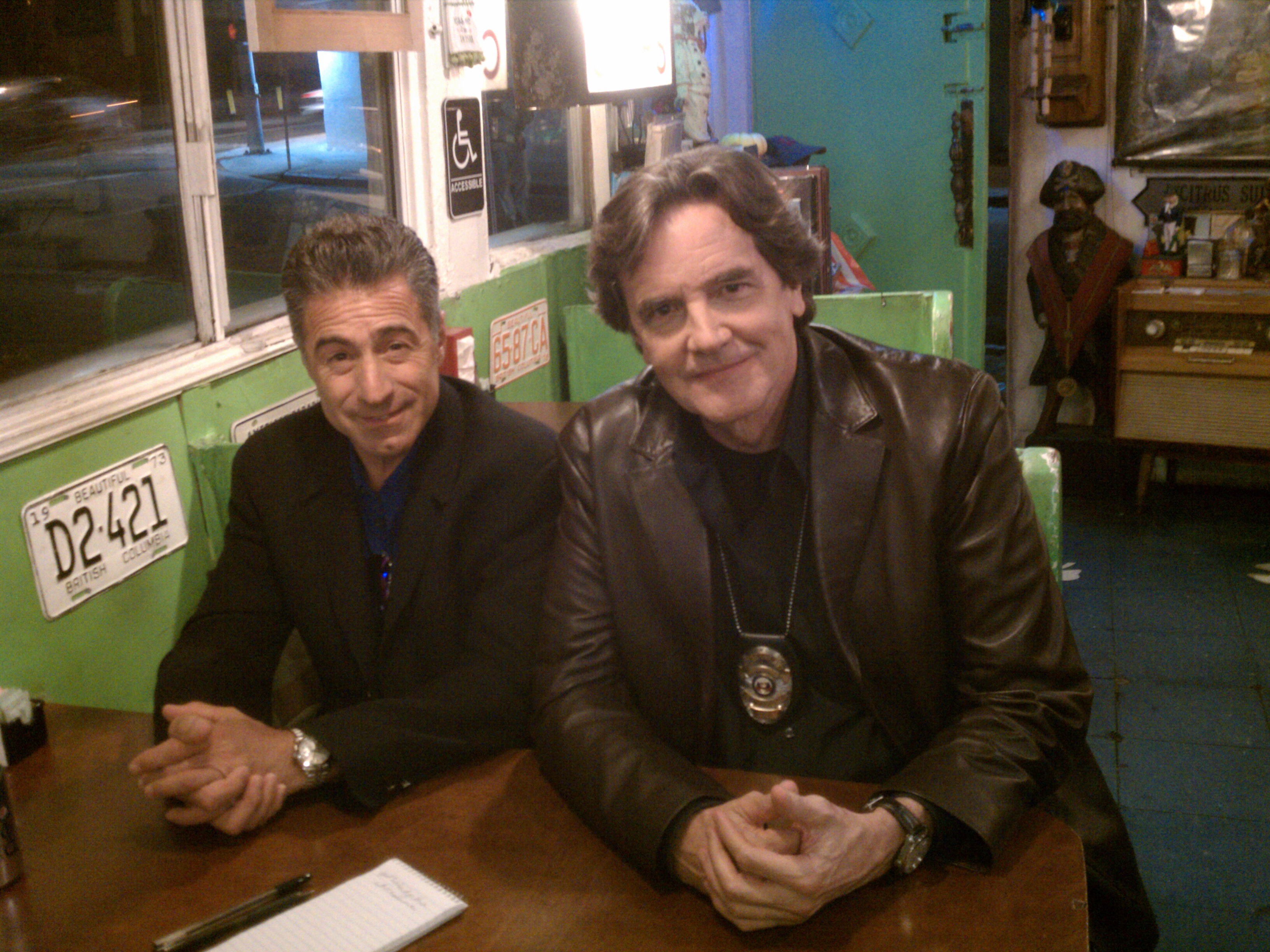 I recently had a wonderful opportunity to be cast as a day player for a fun character role in the Emmy nominated series The Bay, which was truly an honor for me, as it was a lovely cast full of huge soap stars like Jackie Zeman (General Hospital), Patrika Darbo (Days of Our Lives), and Lane Davies (Santa Barbara) amongst others.

“It was nice to be shooting at Patrick’s Roadhouse on the famed Pacific Coast Highway in Santa Monica, which has it’s own interesting history, since Point Break was filmed here and Gov. Schwarzenegger has his own table here,” said Kristos Andrews, producer and star of The Bay.

The Bay is about the privileged, yet dysfunctional residents of posh Bay City, whose lives are riddled with sex, lies and scandal. Socialite Sara Garrett (Mary Beth Evans) and her youngest son Peter (Andrews) as well as those around them, face a series of dilemmas that only those in soap operas have to deal with such as rape, blackmail, sordid lovers and vindictive arch rivals. Whether by choice or mere necessity, the town’s privileged residents become entangled with those who confuse obsession for love and power for success.

As for what his character Peter is up to, Andrews said, “It was great doing scenes with my co-star Lilly Melgar and Karrueche Tran was just cast as a potential love interest. We just worked on a scene together.”

“Patrick’s Roadhouse is a great staple for The Bay. Multiple episodes this season are being shot here as it’s the fictional pub that is a hangout for various cast members in fictionalized Bay City, which is supposedly located on the outskirts of Los Angeles. Darbo plays Mickey who owns Patrick’s.

“It’s a legendary place, so it’s wonderful to shoot here,” said Gregori J. Martin, writer, director and executive producer of The Bay. “The owner of this establishment, Anthony Fischler, graciously offered to let us shoot here in such a great location with such character,” he added.

“I loved shooting here. I live in Malibu, so it was very convenient to get here and it’s such a wonderful historic location,” said Zeman.

“It’s cool to shoot at this location, because I’ve never gotten the chance to come here, but I’ve driven by here a million times. It’s like a homecoming for me and guys I worked with like A. Martinez and Nicholas Coster that I had the pleasure of working with on Santa Barbara. We’re like the Expendables of daytime. We’re 80’s soap stars kicking butt.” It’s great working with everyone, old and new friends and in a new media project,” said actor Davies.

“I’ve had the pleasure of working on this show for 4 years. It’s come a really long way and it’s fun to shoot on location,” said Mary Beth Evans (Days of Our Lives). Evans plays the mayor’s daughter and is the matriarch of the show.

“I love The Bay. For a kid from the Bronx, it’s great,” said character actor Anthony Aquilino.

Much like soaps on television, a lot of filmed is filmed in each shoot day. I felt like we were shooting War and Peace in the span of a day. Since working on Days of Our Lives, I’m used to shooting a lot of scenes in a day,” said actress Jade Harlow, who is also a producer on The Bay. “It can be a bit overwhelming as I’m also wearing a producer hat on this show, but it’s an amazing experience as I collaborate in an artistic capacity in more than one thing from the writer’s table to set. And shooting on location at Patrick’s Roadhouse is great as it’s definitely the hub of Bay City,” she added.

As for any reveals in the show, Harlow had this to say,” For Chapters 13 and 14, we are changing the format. The episodes are longer and everything that is swept under the rug will be found out one way or another.” As for her character Lianna,” She’s been protected from the truth for a long time and once again, it looks like her luck will run out.”

As for the direction the show is headed, all that Andrews could reveal was “there was a supernatural, spiritual depth, feel that will be revealed in the show.”

More info about the show at http://thebaytheseries.com/