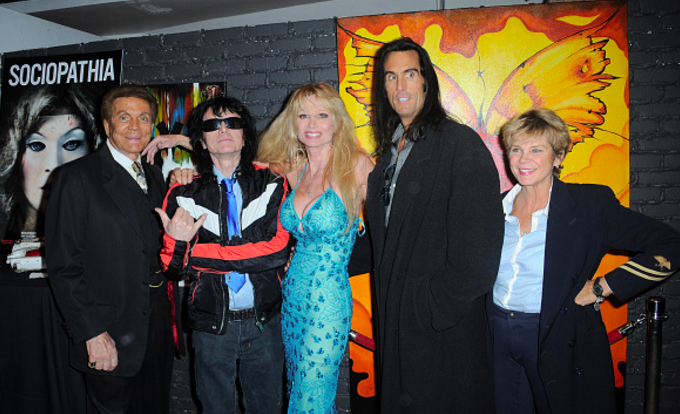 Samurai Cop 2: Deadly Vengeance made its mark on a international scale at the coveted American Film Market (AFM), which is an industry staple of everything showbiz. Samurai Cop 2 had a standing room only screening with a meet and greet with the film’s stars. They also had an epic, star-studded party at westside hotspot 31Ten Lounge in Santa Monica that was the talk of the festival.

“We are delighted to present this film to the worldwide audience at AFM and hope that people around the world can experience Samurai Cop 2,” said award-winning writer-director-producer Gregory Hatanaka.

The film’s stars were also very enthusiastic about this much buzzed about film.

“I am thrilled to have been involved with this cool, iconic, action packed ensemble classic,” added noted actor and multi-award-winning filmmaker Churchill.

This much anticipated sequel to the legendary cult classic, Samurai Cop (1991), explores the dynamic duo of Detective Frank Washington (Mark Frazier) and Joe Marshall (Mathew Karedas), who are teaming up once again in this action-packed tour de force. This time their mission is to solve a series of assassinations being committed by a secret group of sexy female vigilante killers.

This strong ensemble cast did a great job and the film was a fun and exciting action film that kept me on the edge of my seat. Ling was great as the seductive mobster and Wiseau was wonderful and edgy especially in his scene with Heising, who was as cute and coy as ever and gave a hint of a Jessica Rabbit-like character. Novak is amazing as the bad guy you love to hate, Landon has sass and appeal as the detective and Churchill’s cameo was a highlight. 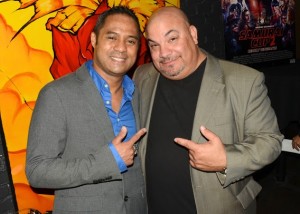 Founded in 1981, the AFM quickly became the premiere global marketplace where Hollywood’s decision-makers and trendsetters all gather under one roof. Unlike a film festival, the AFM is a marketplace where production and distribution deals are closed. In just eight days, more than $1 billion in deals will be sealed — on both completed films and those in every stage of development and production — making AFM the must-attend industry event where Samurai Cop 2 was highlighted on a grand scale.