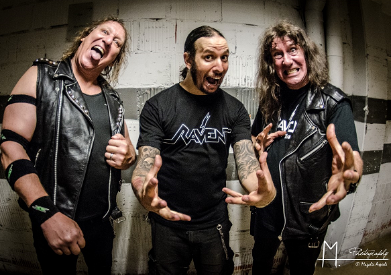 The event will include numerous performances, surprise artist appearances, a Meet & Greet, and All Star Jams. It will be hosted by radio/television music Icon Eddie Trunk, with entertainment personality Cathy Rankin. The 6th Annual Metal Hall of Fame Gala, “The most important night in Hard Rock and Heavy Metal“ will take place January 26, 2023, at the Canyon Club, Agoura Hills, C.A.

“The 6th Annual Metal Hall of Fame Charity Gala is going to be an amazing event as always,” says Metal Hall of Fame CEO Pat Gesualdo. “There will be numerous Legendary Hard Rock and Heavy Metal artist Inductions, and many exciting surprises and performances!!”

The Metal Hall of Fame is a non-profit organization that enshrines forever, those Iconic musicians, artists, music industry executives who are responsible for making Hard Rock and Heavy Metal music what it is today. Their contribution to the genre is invaluable, and they keep inspiring fans throughout the world, from generation to generation.

The Annual Metal Hall of Fame Charity Gala has included many historical hard rock and heavy metal moments. For example, Having Metallica Induct Megaforce Records founders Jon and Marsha Zazula. Inducting Judas Priest at Wacken Open Air. Inducting members of KISS, Iron Maiden, and Triumph among others for our 5 Year Anniversary Bash. Having Don Airey’s surprise Induction for Black Sabbath cofounding member Bill Ward, (especially after not seeing each other since  recording Black Sabbath’s 1978 “Never Say Day” album). Inducting Anthrax at Heavy Montreal. Having Kathy and KelleRhoads Induct their brother Randy Rhoads. HavingSlayer’s Kerri King’s surprise Induction for Brian Slagel and Metal Blade Record’s 35th Anniversary. Having Steve Vai, Joe Satriani, Geoff Tate, Chris Poland, and Bjorn Englen perform in the most historic metal performance of all time. Having Paul Stanley Induct Doc McGhee. Having Brian May of Queen Induct Joe Satriani. These are just some of the Legendary memories that we are honored to have shared with Rock and Heavy Metal fans throughout the world.

100% of the proceeds from our events goes to helping preserve Hard Rock and Heavy Metal for future generations, and our events also bring free music programs to help special needs children in hospitals and community centers. For more information, please contact 973-263-0420.

The Metal Hall of Fame is a non-profit organization that enshrines forever, those Iconic musicians, artists, music industry executives who are responsible for making Hard Rock and Heavy Metal music what it is today.

Twisted Sister – Legendary band Twisted Sister have been at the forefront of Hard Rock and Heavy Metal for several decades. Both of their Albums “Under The Blade” and “You Can’t Kill Rock ‘n’ Roll” created huge underground attention, leading them to mainstream success. Over the last 30 years, their hit songs “We’re Not Gonna Take It” and “l Wanna Rock,” are considered to be two of the most influential videos in the history of Heavy Metal and MTV, and are the most licensed anthems in the history of Heavy Metal.

Chris Impellitteri – Guitar World and Guitar One magazines officially named Renowned guitarist Chris Impellitteri one of the fastest guitarists of all time.
The 1988 Impellitteri Album “Stand In Line” charted on Billboard’s Top 100 for over 5 months. The namesake video of the song was often played on MTV and VH-I. Chris won Burn! Magazine’s Readers Poll Award for “Best Rock Guitarist,” in 1996. He was also a member of “Animetal USA,” where their Album peaked at #18 on Japan’s Oricon weekly album chart, and remained there for nine weeks. Chris Impellitteri was also a host on MTV’S Headbangers Ball

RAVEN –  One of the seminal forces in the creation of speed/thrash metal. Many major artists such as Metallicaand Anthrax, launched their careers as their opening act. Raven had an MTV hit with “On and On.” They were recently Metallica’s special guests for their tribute concert for Late Megaforce Records founders and Metal Hall of Fame Inductees Jon and Marsha Zazula, at the Hard Rock, in Ft. Lauderdale. Raven still keep up a gruellingworldwide touring schedule.

SEBASTIAN BACH – Sebastian Bach quickly became an Iconic Hard Rock / Heavy Metal vocalist with Skid Row. His first album titled ‘Skid Row’ was certified 5xPlatinum by the RIAA. His major hits include “l Remember You” (#6 on the Billboard Hot 100 chart, #23 on the Billboard Mainstream Rock chart), “18 and Life” (#4 on the Billboard Hot chart, #1 on the Billboard Album Rock Tracks chart), and “Youth Gone Wild” (#27 on the Billboard Mainstream Rock chart). His second album “Slave to the Grind” is the first Heavy Metal album to hit #1 on the Billboard 200 chart in the Nielsen SoundScan era, and was certified 2X Platinum by the RIAA. The album featured the songs “Wasted Time,” “Slave to the Grind,” “In a Darkend Room,” and “Monkey Business. Sebastian also made his Broadway debut in the “Rocky Horror Show,” and “Jekyll & Hyde.”Additionally, he performed in the touring version of the hit show “Jesus Christ Superstar.” Sebastion starred in the VH-I series “Supergroup” with Ted Nugent, Metal Hall of Fame Inductee Scott Ian, Jason Bonham, and Evan Seinfeld, and was the winner of the CMT reality show “Gone Country.”

The Annual Metal Hall of Fame Gala has included some of the most important events in Hard Rock and Heavy Metal history. For example, having Metallica induct MegaforceRecords founders Jon and Marsha Zazula. Having Brian May of Queen induct Joe Satriani, Having Paul Stanleyof Kiss induct manager Doc McGhee. Inducting Judas Priest in front of 80,000 fans at Wacken Open Air. Inducting members of Iron Maiden, and Triumph. Inducting Black Sabbath co-founding drummer Bill Ward. Inducting Anthrax in front of 40,000 fans at Heavy Montreal. Inducting guitar Icon Randy Rhoads. Having Slayer’s Kerri King’s surprise Induction for Metal Blade Record’s 35th Anniversary. Having Steve Vai, (Whitesnake, David Lee Roth), Joe Satriani (Deep Purple), Geoff Tate (Formerly Queensryche) and Chris Poland (Formerly Megadeth) join in one of the most historic metal performance of all time. These are just some of the Legendary moments that the Metal Hall of Fame has shared with Hard Rock and Heavy Metal fans throughout the world.

Sponsors for the 6TH Annual Metal Hall of Fame Gale include Drums and Disabilities, and ROCAVAKA – The VakaThat Rocks! 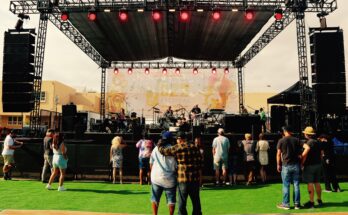 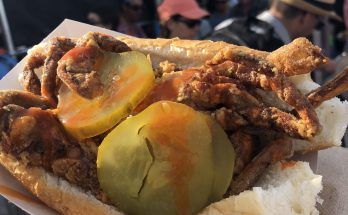