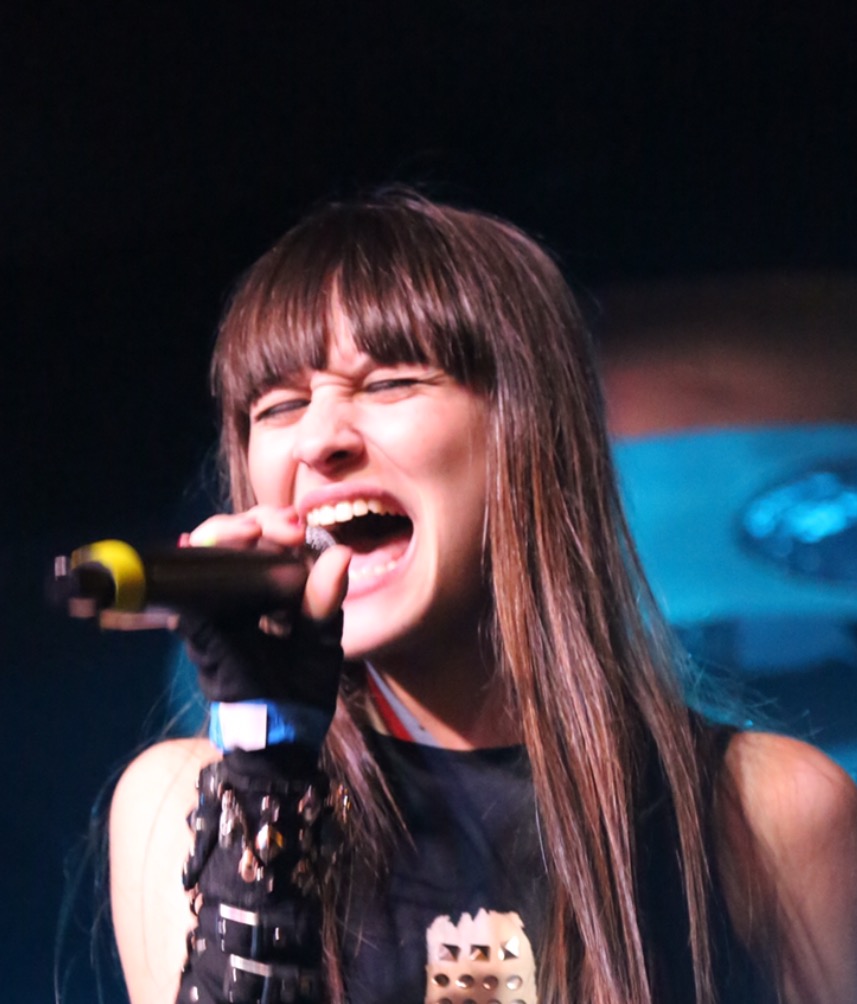 Another amazing Wednesday at Hollywood and Highland as Chuck Wright brought back the Ultimate Jam 46 for another amazing group of performers. As Chuck pointed out, The Ultimate Jam has brought together more than 500 performers in 2015. Next weeks Ultimate Jam 47 will be the last jam of the year.
The theme of the night was definitely Scott Weiland’s passing from the Stone Temple Pilots. MC, Paulie Z, mentioned that a lot of the musicians performing on Wednesday night had played with the former Stone Temple Pilot frontman before he succumbed to his addictions. Jam 46 will also go down as the night that Nuno Bettencourt returned. In addition, Powerman5000 frontman and Rob Zombie brother, Spider, made a truly rock and roll appearance.
The acoustic opening band of Ultimate Jam 46 at the Lucky Strike Lanes in Hollywood was the Hamburg, Germany favorite known as DENMANTAU. They are a fun, young band with vital energy. The singer has a great voice reminiscent of Eddie Vedder. The line up features two guitars, five string bass, stand up drums and the singer playing trumpet! Check them out on Facebook, Twitter and Youtube.
Damon Fox (The Cult, Bigelf) from …a lot of cool projects, came out with the house band and played some Led Zeppelin. Damon is a rock god. He can sing and play so well. The Los Angeles Music Award winning house band featured Chuck Wright (Quiet Riot) on bass, Matt Starr (Mr. Big/ Ace Frehley) on drums and Mitch Perry (Edgar Winter group) on guitar, Ferlazzo (Avril Lavigne) on keyboard, and the host Paulie Z (ZO2).
After the house band got the place warmed up, a gorgeous Juliette Bevin came out dressed in a sexy black dress with red shoes. She said she put on lip stick just for…the crowd.  With Johnny Martin (Adler/Chelsea Smiles)  on bass looking like a member of the Ramones, Juliette sang a great rendition of Fleetwood Mac’s “Stop Dragging My Heart Around.”
The next unit up featured Tomosina Abate on vocals. She was wearing a fetish leather inspired outfit. Ira black was on stunt guitar with great heavy metal hair.  The band shredded up a Judas Priest metal number called “Painkiller.”  Tomosina and the band basically blew the roof of the place. Paulie Z mentioned afterward that he didn’t know wether to be afraid or turned on.
Australian singer Yolanda Thomas came  out in a BDSM cop outfit while Lucky Strike favorite,  August Zadra,  played guitar. Yolanda has the whole sexy heavy metal pop singer act dialed in. This was a great little jam. A lot of fun to watch.
Next up was Christine Connelly, vocalist from Knee High Fox. She had at shirt that read “I just f**king love cats ok”. She sang a Trent Reznory “Head Like A Hole.” It was so cool. Industrial music is so cool with a live band. Christine is a lot of fun.
The final act of the first set was lead singer of Powerman5000, Spider. Spider is Rob Zombie’s little brother. They both have that weird connection to the audience. A sort of hip hop heavy metal vibe that encourages people to jump up and down and break furniture. If Spider had the chance, I think he would have started a riot at Lucky Strike. He was connecting with people near and far. Encouraging the party.
Between sets, we visited one of the many bars at Lucky Strike. It’s such a cool venue. Places to sit. People to meet. And if you’re in the mood, there is bowling.
The Scott Weiland tribute really kicked off in earnest in set two. Nuno Bettencourt opened with Nirvana’s “Creep.” Nuno is a virtuoso guitar player.
Gabbie Rae joined Nuno for a rocking version of “Problem Child.” Gabbie is a lot of fun. She’s only 17 and has such a great voice. Gabbie dedicated Kansas’ “Dust in the Wind” to her grandmother. The Scott Weiland tributes continued throughout the night.
A local favorite from Japan are the Okai sisters. Along with Paulie Z on sideman guitar and Dusty Bo on vocals, they performed AC/DC’s “Thunderstruck.” Great song. The Okai sisters are mesmerizing. They have great heavy metal hair.
Damon Fox came out and dedicated George Harrison’s, “While My Guitar Gently Weeps” to Scott Weiland. Damon is an awesome performer.
The last song of the night was the house band with Paulie Z singing,”I Get By With a Little Help from my Friends.” It was a great way to end the Ultimate Jam 46.