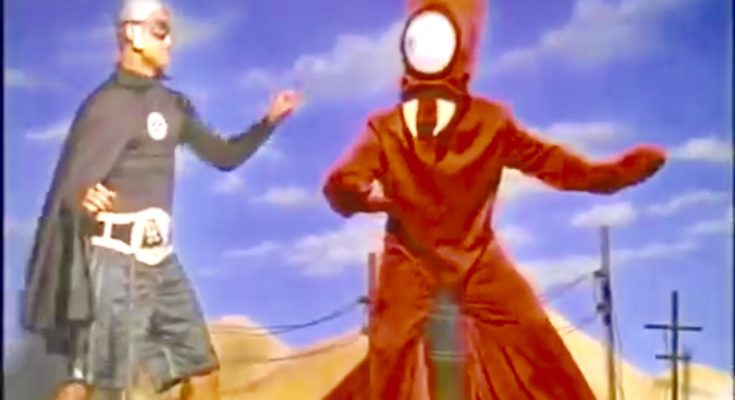 Who are ‪the Aquabats‬? Where have you been? ‪The Aquabats‬ are a blue-costumed rock band from Orange County who have been evolving their act since 1994 – with Cameron Webb serving as their able mixer and sound engineer on their five studio albums, two extended plays and one compilation and also their TV shows Yo Gabba Gabba and ‪The Aquabats Super Show.‬

With decades of experience with platinum-selling artists ‪Motörhead, Sum 41, NOFX, Megadeth & Limp Bizkit ‬and a Grammy on the shelf – for engineering ‪Kelly Clarkson‬’s 2004 album “Breakaway” – Cameron Webb is offering his expertise to mixers and sound engineers who want to learn the tricks and techniques for producing perfect sound: More clarity, more punch, more excitement and emotion. Working with artists to put their sound out to the world, in a way that is soul-satisfying for both artists and their fans.

Cameron Webb is offering a video course which lets you look over his shoulder as he re-mixes ‪The Aquabats‬! Most popular single, ‘Super Rad!’ – which has racked up millions of streams on Spotify and Youtube – still going strong 20 years after its release. In the video tutorial, Webb shares his mixing secrets to achieve clarity, energy and impact – while accomplishing one of the most important facets of sound engineering and mixing: preserving the musical vision of the artist.
No interning, scrubbing floors, dumping ashtrays or coffee runs required for this course. Webb’s video tutorial lets you straight into the inner sanctum of his audio techniques, and will enable you to achieve the same pro sounds with your projects, on your home studio equipment. Cameron mixes %100 in the box, using plugins only.
Included in the video tutorial:
1. Mixing vocals. Compression, cutting and boosting frequencies, and learning De-essing to achieve the sweetest vocals.
2. Achieving a powerful low end for more punch, definition and energy.
3. Punchy drums from ‪Travis Barker‬. Making the hard sound good – without using samples.

Happy artists are repeat employers. Cameron Webb has worked with some of the best, and he shares his techniques and philosophies in this video tutorial.

$97 gets you the three-course bundle, which includes: