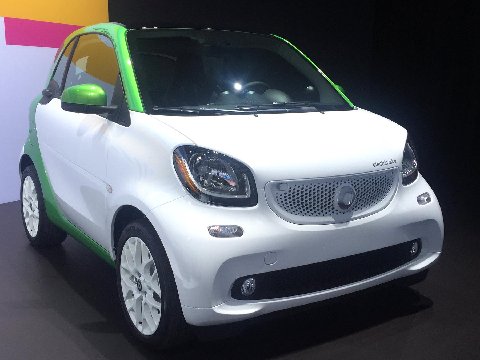 The Los Angeles Auto show and Automobility merge into the total concept of being mobile inside and outside of the automobile. This concept is not based on the fact that the manual transmission has been reduced to the mid 20 percentiles in new cars. It is the concept of being mobile with the use of many devices to make one move easily. Many companies are now engaged in the manufacture of devices to move around on electrically and by mobile means that are both self regulated and personally mobile.

The new Go pavilion features personal mobility products that deal with the urban commute that connect the so called “last mile” between public transit and home or work. In the pavilion there is an array of devices to accomplish this with and they include electric scooters, unicycles and other forms of people movers.

Honda has come up with the Uni-Cub, which is a device with a seat and one wheel to balance on that is just over knee height. Ford has created a device that looks like a roomba self propelled vacuum cleaner that a rider can stand on and lean in the direction desired to go. It can also carry a load of groceries or luggage the same way if the person wants to walk along with it. Ford also has a very good looking electric bicycle for commuting around on as they are becoming quite popular too. A lot of these bikes do fold up for carrying easily.

One of the cooler devices to move around on is the Urb-E. The Urb-E is a portable and foldable electric scooter that weighs about 35 pounds and can travel at around 15 miles per hour for distances close to 20 miles. It can be folded up into a carry on for public transportation and then opened up into a scooter for street use for a single rider. It sells for around $1,500 to $1,700 depending on the accessories added which include a carry basket,trailer and cell phone holder.

There are folding devices that include three wheel chariot type electric vehicles, like the Cycleboard, electric skateboards and various other wheeled devices to move around on city streets with.

In the electric car market the new Chevrolet Bolt has taken the “Car of the Year” award from Green Car Journal for it’s amazing mileage of over 200 miles per charge.

Honda showed off a hydrogen and electric hybrid car for the future with a possible 23 recharge stations planned for California. That is in the future. At the present time there are only two hydrogen recharge stations in Los Angeles. so it’s a way off before hydrogen will be available on a mass basis.

Jaguar also has a plug in and there are many electric and hybrids available from quite a few new car manufactures. Most have around a 100 mile range but the new Chrysler Pacifica hybrid van can get an astounding 80 miles per gallon on the road with a range of almost 600 miles between fill ups.

The best mileage pick up trucks are the new Dodge Diesels with the Cummins motor that gets around 29 miles per gallon highway.

All in all transportation is getting greener and greener with every coming year and being personally mobile is becoming a very important thing for humans.

Check out the website for the LA Auto Show here;