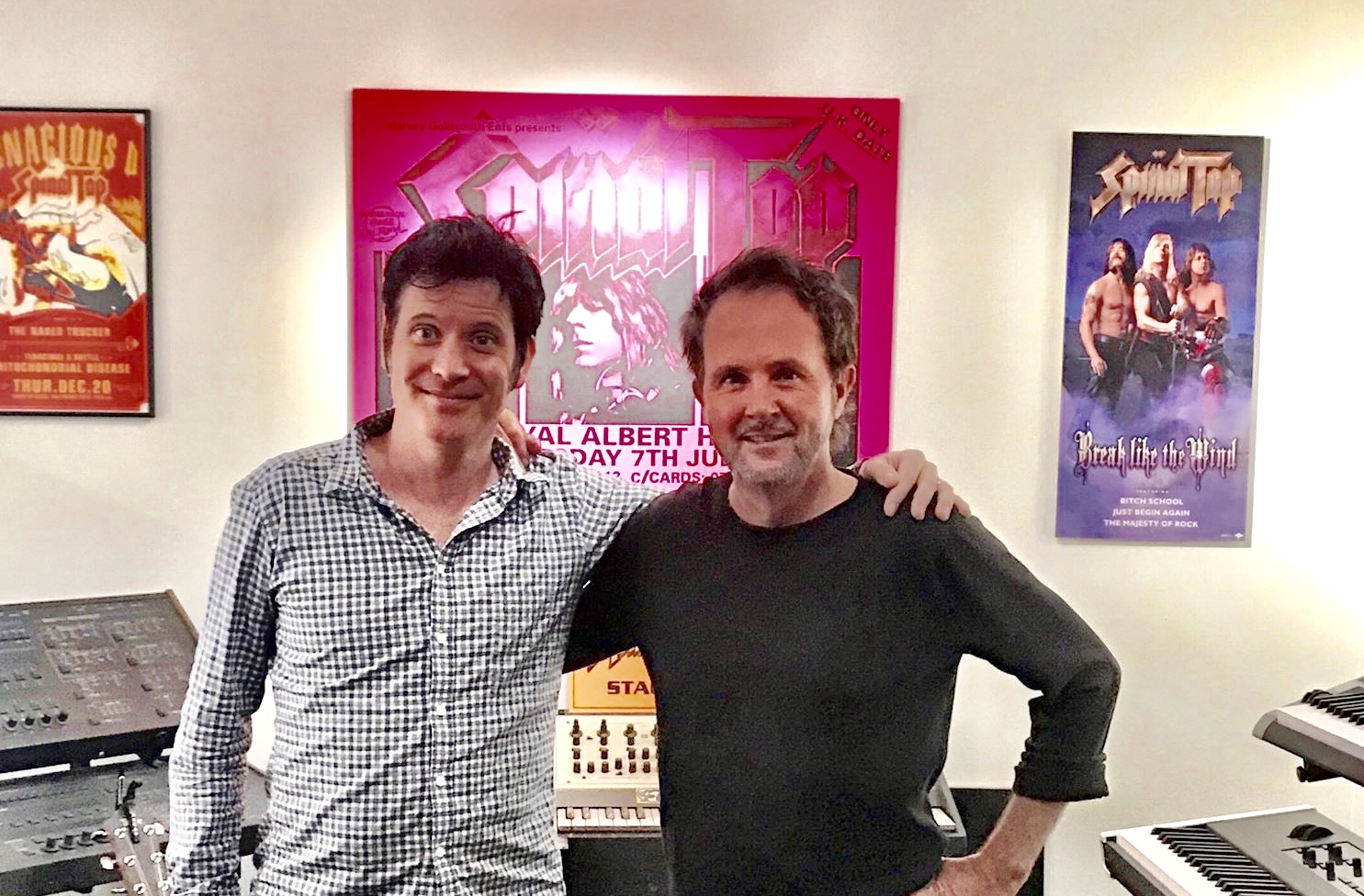 Hollywood, CA – April 22, 2017 – Producer/Film Composer/Keyboardist/Writer CJ Vanston (Spinal Tap, Toto, Ringo Starr) has teamed up with notable producer/engineer and YouTube Auteur Warren Huart (Aerosmith, Ace Frehley, The Fray) to release an informative video pertaining to record production and songwriting through Produce Like A Pro.
In this 1 hour 17 minute interview filmed at Vanston’s studio, he tells us how he worked his way up in the industry and points out the skills he believes are essential to be successful. He shares many cool insider stories about Spinal Tap, Joe Cocker, Jeff Beck and Carol King, but most importantly, he lets us know about his approach to composing and record production.
Vanston also shares tips & tricks that he picked up by working alongside some of the top producers, writers and engineers in the industry: From Al Schmitt, to Barbara Streisand and gives you tips on how to work with bands and artists to produce the best records possible: “The job of a producer is to create a vibe and a safe environment where you are not afraid to f*ck up. That’s where the music grows.”
Please click here to watch the video on YouTube

CJ Vanston has over 600 records under his belt and is well versed in many different areas of the music industry: From being a renowned session player and musician and recording for legendary artists such as Prince, Celine Dion, BB King, to touring and with Joe Cocker and Tina Turner. Scoring film music for movies such as ‘Sweet home Alabama‘ and many others, producing and writing records for Ringo Starr, Joe Cocker, N Syncand Toto, Richard Marx and Spinal Tap. This man has done it all.

Warren Huart is an English record producer, mixer, recording engineer, composer, and multi-instrumentalist based in Los Angeles. He is known for his hard work ethic, positive attitude and respect for the artist’s vision. He has played a fundamental part in the creation of many platinum-selling albums, and worked with many of today’s most successful artists, such as The Fray, Daniel Powter, Marc Broussard, Trevor Hall, Korn, Better Than Ezra, James Blunt, Matisyahu, Ace Frehley, Aerosmith, Black Veil Brides, and Howie Day. Huart is the owner of Spitfire Studio in Los Angeles, CA and Spitfire Music; a one-stop music licensing house providing music for film and TV. He also owns the DIY YouTube Channel “Produce Like a Pro,” which offers recording tutorials for recording enthusiasts, and has over 100,000 subscribers world wide.