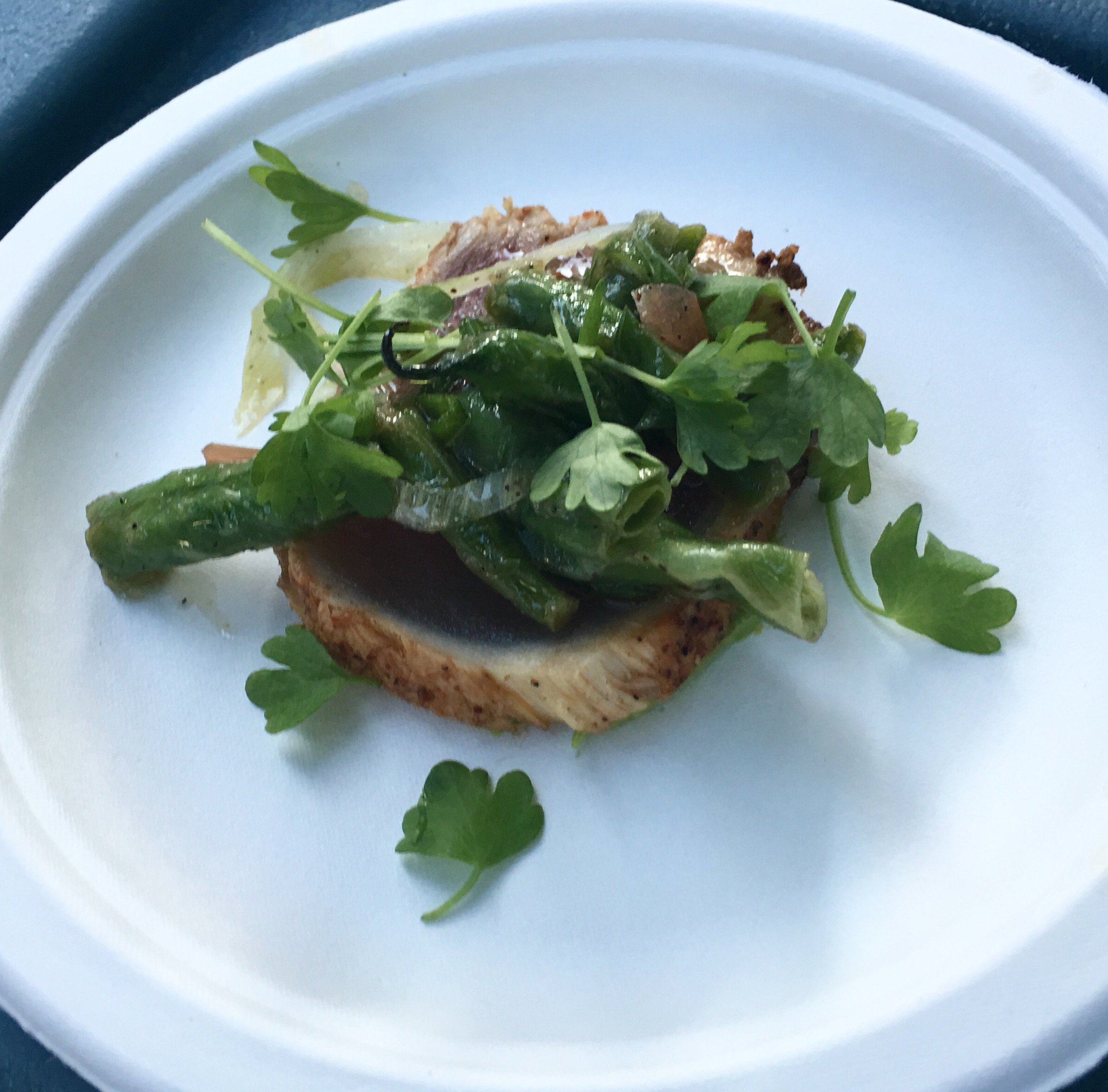 Los Angeles, CA – Friday, July 15, 2016 – The Experience Magazine was invited to cover the East La Meets Napa Valley. This is a great Los Angeles event that is held downtown every year. This year, 2016, marked the first year for the event to be held at the California Plaza at 350 South Grand Avenue. This is the heart of downtown Los Angeles near the Broad, Disney Concert Hall and the Museum of Contemporary Art. The East LA Meets Napa is such a great event every year. There is plenty of food for everybody, and the wine flows freely.
As soon as we parked and made it to the California Plaza, we could see that the East La Meets Napa Festival was kicking off to a fine start. There was live music on stage. The band played latin Jazz and people were dancing on the dance floor. Jose Rizo and his 15-piece ensemble, Jazz on the Latin Side All Stars played an amazing set as well as Mexican-American conguero Poncho Sanchez. Nothing but the best for this event.
If you’ve never been to California Plaza, I’ ll tell you that there is a fountain in front of the stage that goes around the dance floor and frames the inner square of the Plaza. The East LA Meets Napa staff set up the space so well. The top of the second floor often gets under utilized at these big events here, but East LA Meets Napa found some great ways  to set up tables so party goers could sample LA’s top Mexican restaurants.
AltaMed Health services sponsored the event. AltaMed is known as the largest independent Community Health Center in the Untied States. Castulo de la Rocha is the CEO at AltaMed. He was talking to party goers and wearing a stylish hat. In addition to delivering primary health care in Los Angeles and Orange County, AltaMed has a reputation for throwing amazing celebrity filled events. “The growth of this event over the years continues to amaze and inspire me,” said De la Rocha. “California Plaza will be our largest venue yet, and we are excited to host more guests, more chefs, and more vintners with the goal of raising money to fund essential programs at our health centers throughout the state.”
This year’s East LA Meets Napa expanded its scope globally by welcoming renowned chefs from around the world who share a connection to Latin cuisine, including Ingrid Hoffmann, Doreen Colondres, Ana Quincoces, and Hamlet Garcia. Ingrid Hoffmann, the host of Top Chef Estrellas, Cooking Channel’s Simply Delicioso, and the woman behind the Cocina line of meal kits and spices, brought her passion for the flavors of Colombia to the festivities. Additionally, Doreen Colondres, Puerto Rican chef and bestselling cookbook author was at this year’s event. Colondres is a level two certified sommelier and has studied at the Ecole du Vin in Bordeaux in France. Food Network Star and Real Housewives of Miami personality Ana Quincoces was also present at this celebrity  event showcasing recipes from her successful cookbooks, Cuban Chicks Can Cook and Sabor: A Passion for Cuban Cuisine. These three women have played an integral role in the international culinary world.

Mexican American Vintner Association (MAVA) in Napa along with Baja-based Latino vintners were present highlighting their contributions to winemaking in both regions. Visiting winemakers include Rolando Herrera, who worked in construction at various vineyards before pursuing a college degree in viticulture and opening Mi Sueno Winery, and Lupe Maldonado, who spent years working the area’s vineyards before purchasing a ten acre plot now home to the Maldonado Vineyards. A curated selection of varietals from the up-and-coming Baja wine region will include Alximia Vino Elemental, Baron Balche, and Bodegas de Santo Tomas, provided guests with a unique glimpse into the tastes evolving from the peninsula.

Listing all of our favorite restaurants and Vineyards would be impossible. But I’ve managed to list a few. To start with, I have to say that seeing Rosa Porto from Porto’s Bakery is a celebrity moment for me. Porto’s is one of the most popular bakeries in Los Angeles. I have eaten at Porto’s so many times. Many people in Los Angeles use Porto’s as their go to destination for lunch or delicious baked goods.

Chef Gilberto Cetina from Chichen Itza was serving an amazing fish taco near the Angels Flight Funicular. This was my favorite bite of the evening. His bite featured grilled fish, fresh avocado and a touch of watercress on top of a corn tortilla.

La Parilla, El Tepeyac Cafe and Yuca’s on Hollywood all offered gourmet bites. I was so full and barely had any room for wine.

One of the more interesting vendors was Hard Fresco. They had an orange soda with alcohol in it. it tasted like Jarritos and seemed to be very popular.

Reyes Winery had a great offering of red and white wines. They’re known for “Ultra Premium Wines From Our Vineyards to Your Lips.”

This was such a great evening of gourmet food, delicious wine and the beautiful downtown Los Angeles as a backdrop. The East LA Meets Napa event is the ticket to have every year. We’re looking forward to next years East LA Meets Napa!