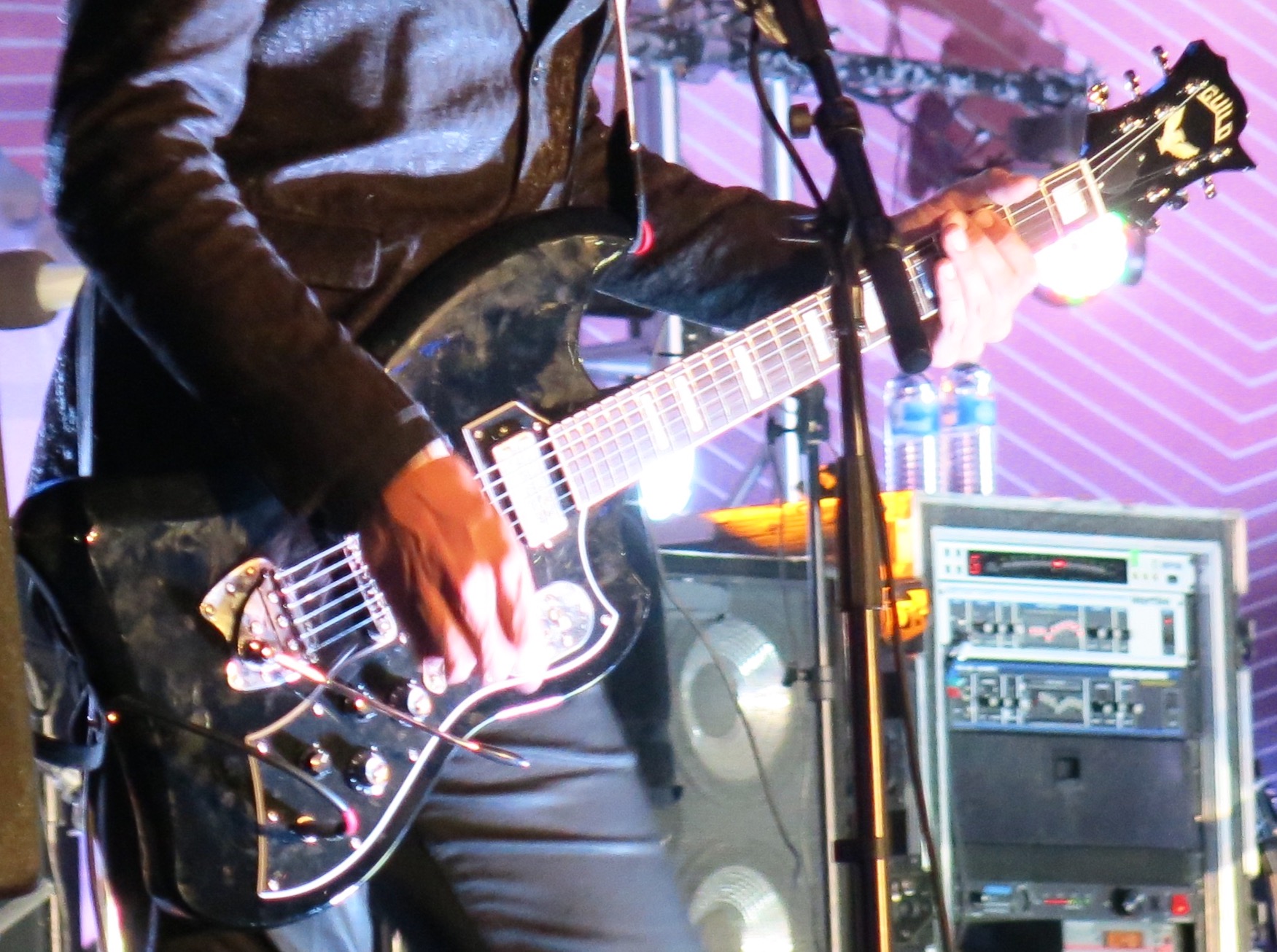 Los Angeles, CA – (July 21st, 2016) – Thursday night at the Santa Monica Pier saw the Psychedelic Furs perform to a packed house.  A long time 1980s powerhouse, The Furs are known for songs like “Love My Way” and “Pretty in Pink”. The current lineup features Tim Butler on bass with brother Richard singing. Richard has a familiar voice that is recognizable in every song. The Psychedelic Furs have played Southern California venues for years including the now defunct Santa Monica Civic Auditorium which remains closed for live shows. Rounding out the Furs lineup is Rich Good on guitar, Mars Williams on saxophone, Amanda Kramer on keyboards, and Paul Garisto on drums. Rich Good has a collection of vintage guitars that look amazing on stage and capture the sound of the band. Tim Butler is a great bass player that sets the rhythm section for the furs.
The opening band was Day Wave. This is Jackson Phillips project. Indie rock from Oakland. Phillips formed Day Wave in 2015. His song “Hard To Read” is out now on iTunes. If you have a moment to take a listen to Day Wave, you’ll hear a sound that is reminiscent of the 1980s while still sounding fresh and modern. “Hard To Read” is fun song that sounds nostalgic. This was a great paring of music. Day Wave with the Psychedelic Furs, such a great line up for summer in Los Angeles.
The Santa Monica Pier was so packed on Thursday night. The new Metro line allows easy access from the beach. The concert is free but, you should arrive early if you’re planning on attending a concert. The police shut down access to the pier and redirect the giant crowds that try to enter. The Thursday Night Twilight Concert Series is one of the top tickets of the summer in Los Angeles. It’s free but the popularity of the event and the ease of access has made this a sell out event each week.
Next week welcomes Protoje and the Indignation along with Raging Fyah. These are two reggae bands and the concert should be a lot of fun.