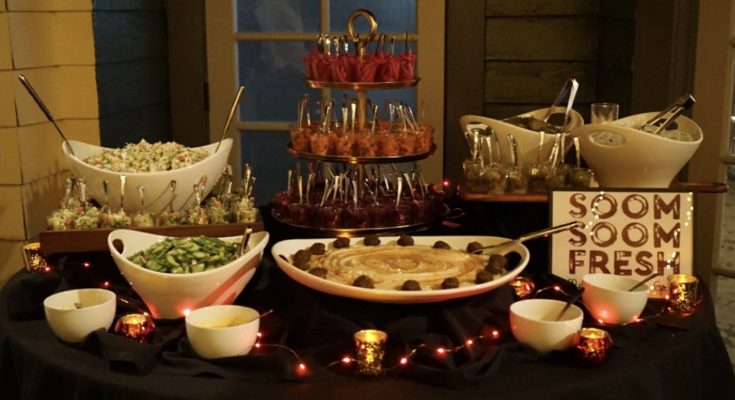 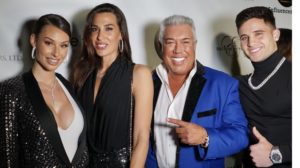 There were games, details on upcoming projects, quite a few singing for the audience, and celebrities described their roles as influencers. Following the red carpet, one was almost immediately attracted to go up stairs because the music and lights instinctively lured guests. Above, “Nebula 9”, (i awards vodka sponsor) provided an open bar for guests to socialize, and enjoy their gluten, and sugar free drinks mixed with an assortment of fruits; popular choice of the night being blueberries. Celebrities mingled as dancers took the stage followed by the trophy give-aways, along with more singing, and more music. 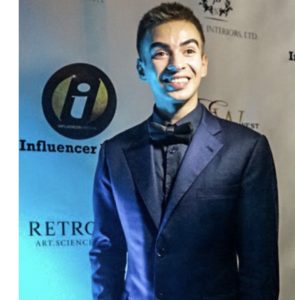 The distribution of awards was then followed by a buffet downstairs where guests lined up for a platter all thanks to “Soom Soom” (mediterranean food sponsor). Falafels, pickled beats, salads, pita bread, humus, chicken, and more humus were all on tonights menu. A delicious meal that had celebs running back for seconds! 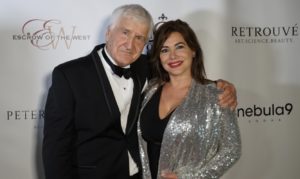 Last nights, charity event benefited those who have been less fortunate. A night of fundraising towards the goal of bringing human and sex trafficking to an end. An appreciation is sent out to the sponsors, donors, organizers, and of course those who have a platform, and an opportunity to make the world a little bit better, the influencers.

View all posts by Rambert Acero →