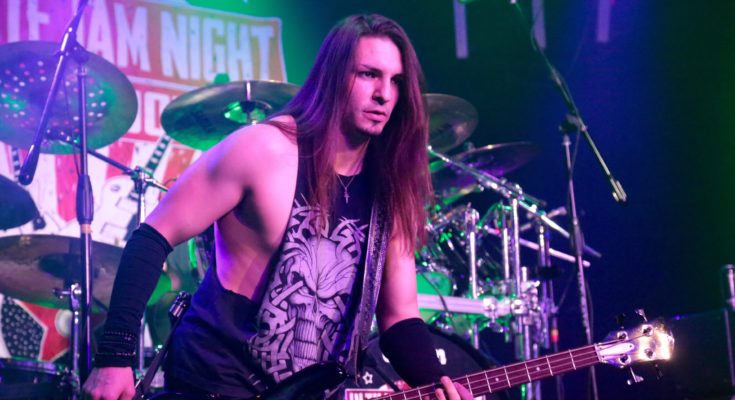 (EXPERIENCE MAGAZINE) — Chuck Wright’s show UJN has once again assembled another incredible evening at the Whisky A Go Go on the Sunset Strip.

More than 50 top level musicians performed songs from heavy metal gods SLAYER. Formed in 1981 in Huntington Park, California and a part of the “Big 4” of thrash metal, these musicians continue to carry forward a legacy established by SLAYER’s founding members; Tom Araya, Kerry King, who along with Jeff Hanneman, and later with Dave Lombardo, Paul Bostaph, Gary Holt, and Jon Dette. SLAYER has created 40 years of epic music with albums such as Reign in Blood and Seasons in the Abyss. Ultimate Jam Night honors SLAYER by playing songs like Angel of Death and many others.

The opening band had everyones attention while the Whisky began to fill up. AGNOZIA hails from Portland, Oregon. This metal band consists of Mike Townsend on drums, Jo Bierbrauer on bass, and brothers Danny and Jimmy Littlefield on guitar. Frontman Nick Courtney sings classic metal vocals with a huge range.

I am Morbid’s Ira Black was a main feature throughout the night. Ira has played in over 60 bands. He’s best known for his work in I Am Morbid, Dokken and Lizzy Borden. Ira has the hair, the chops. Its always a spectacle to see him perform.

Guitarist from God Forbid – Doc Coyle was shredding his way through a few Slayer tunes from the Seasons in the Abyss album.

There were so many talented musicians on Tuesday night, March 13th. Steve Smith from One Machine laid down some tasty guitar licks. Jerry Montano from Danzig played powerful bass. Greg Christian from Testament also laid down some heavy bass licks over the powerful Ampeg amplifiers.

Rather than list each musician, The Experience Magazine recommends that you get down to the Whisky A Go Go and check out Ultimate Jam Night as soon as possible.