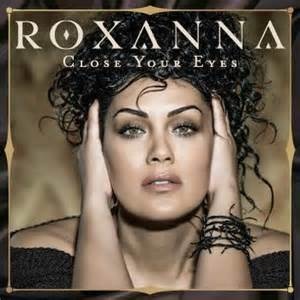 November, 2014 (LOS ANGELES, Calif.) – Singer/Songwriter, Roxanna is hitting the states in a big way, with a 90 minute Public Television special, ROXANNA: EXOTICA LIVE. First captivating audiences with the Latin-infused “Unforgotten,” the Canadian-based singer was catapulted into fame as her freshman album, Exotica, introduced a soulful testimony to the trials and tribulations of love, forgiveness, and healing. The segment was taped at the Cathedral-like venue, Vibiana, in Los Angeles and guest stars Jon Secada. ROXANNA: EXOTICA LIVE will air on Saturday, November 15th at 9:00 p.m. EST in the Detroit metro area as well as Central and Western Canada with additional markets to follow.

The special features live interviews, gypsy dancers, flamenco guitars and showcases never-before-seen performances by Roxanna, including classic favorites, “Hello,” “Suddenly,” and the 70’s hit, “The Air that I Breathe.” Roxanna also gives an energetic rendition of “El Amor” (made famous by Julio Iglesias) and her breakout hit single, “Close Your Eyes.” The music artist will discuss her start as a nurse, her beginnings in the industry and the inspiration behind her powerful, emotional ballads. As part of a tour in cities around the country where Public TV will be presenting ‘Exotica Live’, Roxanna and her band are appearing in the Detroit area at the Magic Bag, on April 25th 2015.

ROXANNA: EXOTICA LIVE comes on the heels of the highly-anticipated release of Roxanna’s debut album, Exotica. She is currently focused on the premiere of the music video for her sultry love ballad, “Here With Me” – a song based on her parents’ unceasing love story and the prequel to hit single, “Unforgotten.” The song features Grammy award winning trumpeter, Chris Botti and the video will star Soap heartthrob, James Scott as the leading man.

With several thrilling projects in the works, including an iconic collaboration with music legend, Jermaine Jackson, Roxanna is extremely excited for the fall release of the her prequel video. Already experiencing a phenomenal year, Roxanna has easily won over the hearts, and ears, of industry trailblazers and music-lovers alike.

About Roxanna:
From an early age, Iranian-born singer/songwriter Roxanna knew that music was a far-reaching instrument of strength and hope. Originally turning to music as an escape from childhood-strife, Roxanna’s ultimate musical journey was fueled by a quest for serenity, hope for healing, and overcoming love’s deepest heartbreaks.

Settling in Toronto in the 1980s, Roxanna enrolled at Winston Churchill Collegiate where the budding star’s passion for music deepened as she focused on music classes and joined choir. Following undergraduate school, Roxanna’s philanthropic personality led her to attend nursing school at Seneca College where she earned her RN degree.

Over the course of her nursing career, Roxanna’s life changing experiences with her patients, along with her unwavering passion for music, empowered Roxanna to seek more. “I knew my music could be useful in this world. Pursuing my dream as a singer was the happiest moment in my life,” she adds. At last, the Canadian-based sensation caught her big break after contacting legendary producer, Mark Portmann and performing Christina Aguilera’s “Lift Me Up.”

Solidifying and incessant bond, the sultry songstress has now teamed up with Portmann for her debut album, Exotica, on which she infuses the influences of pop royalty, like Aguilera, with a sensual Spanish-flare as heard by Julio Iglesias. Seeking to bring “passion back to contemporary music,” Roxanna’s aspiration to share music’s unquestioned power of healing, intertwined with her undaunted ability to sing from the heart prove to be a prevalent theme of passion and raw realness.

Exotica is highlighted by Roxanna’s hit Latin-infused single, “Unforgotten,” as well as love ballads “Close Your Eyes” and “Hello.” Eager to share her journey with the world, the flourishing songbird says, “I can’t wait to share my songs as a testament that time has a way of healing everything. When you find the strength to make a change, love and forgiveness and healing are around the corner.”

Confident that she has found her calling, Roxanna continues to captivate the hearts, bodies, and souls of industry megastars and everyday music-lovers alike. Whether it’s nurturing a broken heart or fostering empowerment, her music and her story remain a genuine testimony of truth.