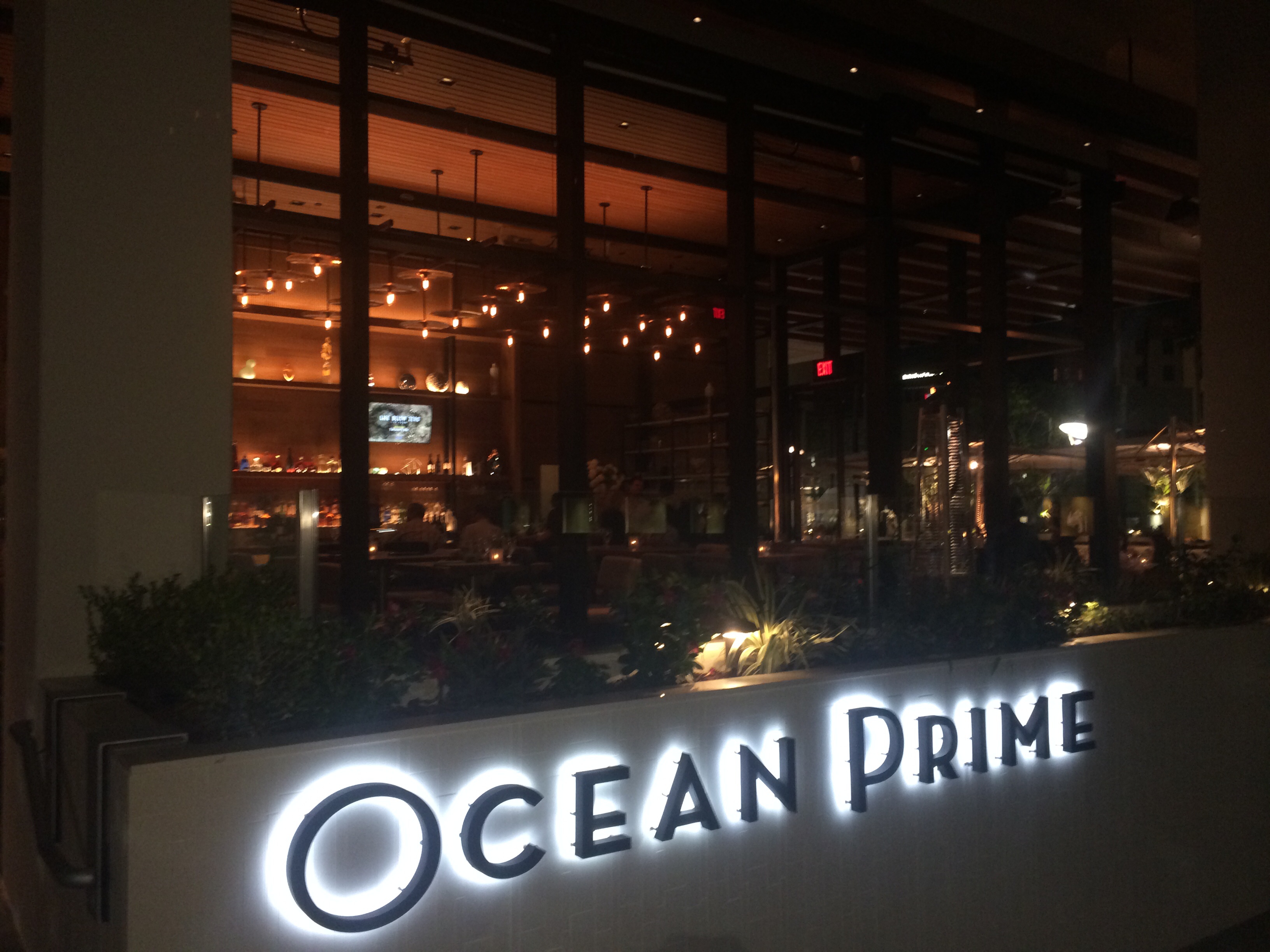 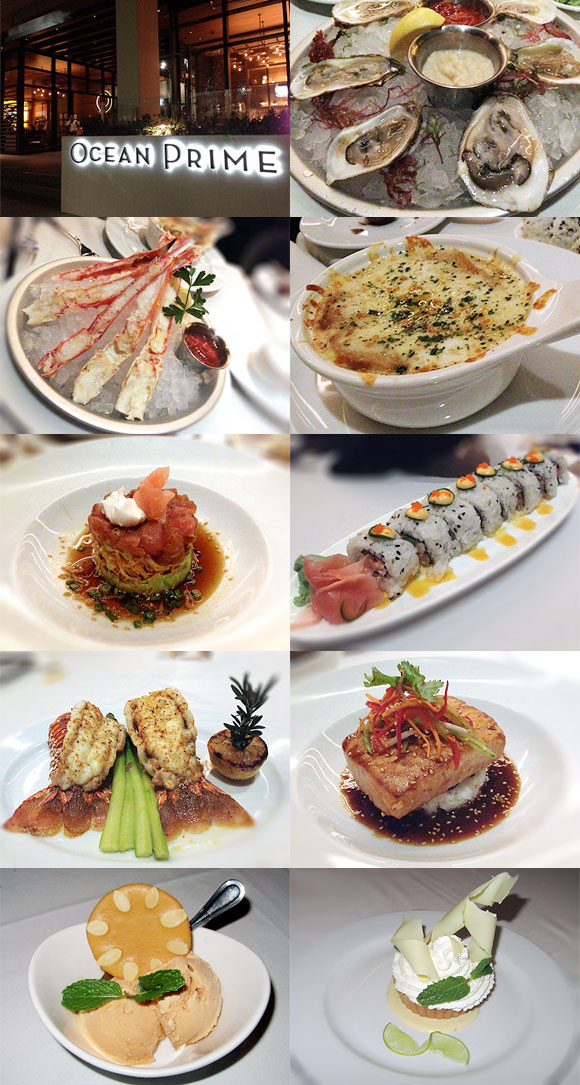 The Experience recently visited the new Ocean Prime gourmet seafood restaurant in Beverly Hills, California. Opening its doors in October of 2014, many people are eager to sample their delicious food. Occupying the space in Beverly Hills where El Torito used to be, Ocean Prime opened in late October with a display of fifty Ferraris out front. Ohio entrepreneur, Cameron Mitchell, has created a delicious menu of superior seafood. Starting as a modern American supper club in Columbus, Ohio, Ocean Prime is a luxury gourmet establishment. There are 10 Ocean Prime locations all over America with the Beverly Hills location being the latest addition.

Our dining experience was outstanding. The décor is upscale with crab and shrimp displayed elegantly over ice. There were world-class wines displayed in huge wine racks. Ocean Prime has a reputation for paring wines with their gourmet fare. The service is amazing. From the valets to the hosts out front. The staff seemed focused and helpful. Our server, Steven, went over the special items on the menu. He made excellent recommendations. We arrived on time for our late dinner, which was at 8:00 pm. The place was packed. We literally had the last table in the main dining room. Using suggestions from Steven, we started with some of the best appetizers. The shrimp cocktail was served with an impressive display that utilized dry ice for effect. The shrimp were delicious. Served with a side of fresh horseradish. I highly recommend this appetizer. But I have to also recommend the James River oysters. Steven recommended these, and I’m glad he did. I have to say, these were some of the best oysters I’ve had in the last year. They have a meaty flavor that was so fresh. Also, for appetizers, we tried the Butter Poached Dungeness Crab. Served on a toasted baguette, I had never tried crab served this way. It was new and very creamy. Finally, we tried Lobster Bisque. This was served with a corn fritter. It was very good bisque, but light on the lobster. It was served nice and hot. For entrees, we had the Wild Alaskan King Salmon. It was a special and came with a nice sauce. We also tried the Chilean Sea Bass. This was an outstanding entrée. Served with mashed potatoes and carrots. Each bite was outstanding. Finally, we tried the Lobster entrée. This was out of this world. I believe this was the best lobster that I’ve had in years. Steven explained that Ocean Prime’s lobster if fished out of very cold water. It really made a difference. It was a real treat. We couldn’t leave without trying the dessert. The Peanut Butter Pie came highly recommended. It was chocolaty and decadent. The sorbet was also good. Served with an almond cookie. Ocean Prime was a real treat.

The restaurant in Beverly Hills is in a great location. It’s just one block from the iconic Rodeo Drive. It will be a destination restaurant for people visiting Los Angeles from all over the world. `