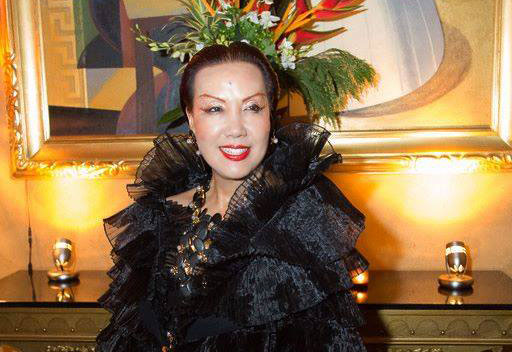 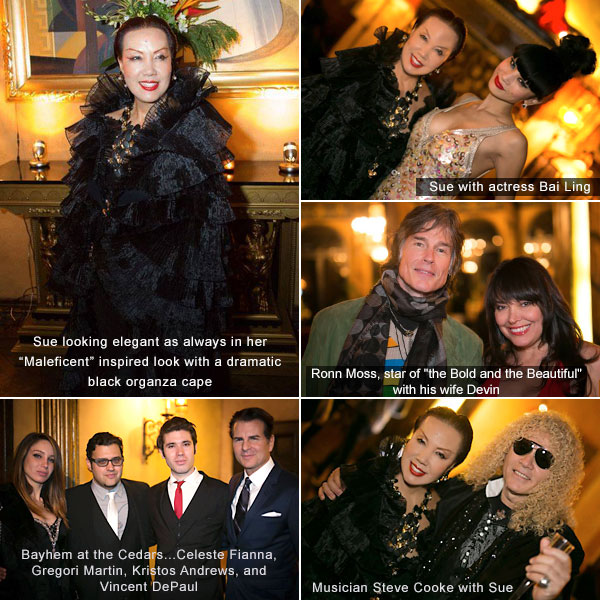 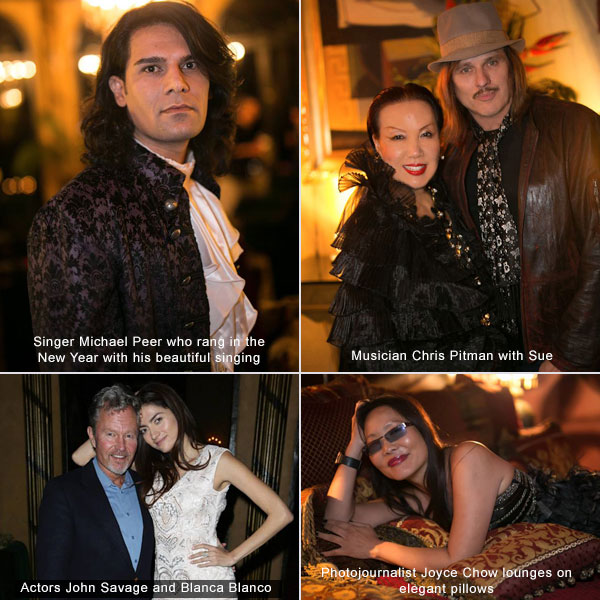 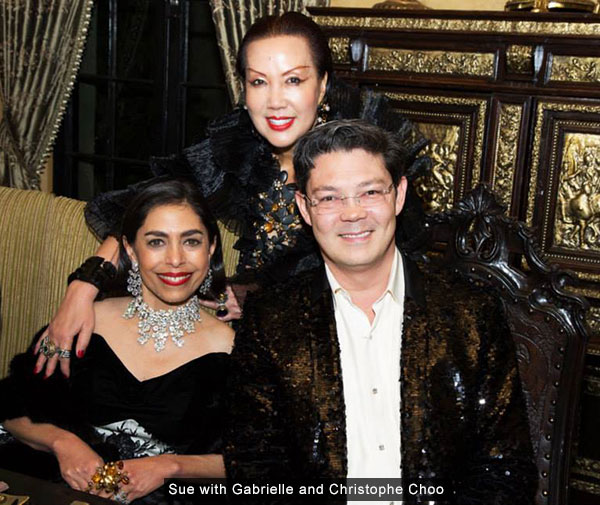 Internationally renowned and award-winning fashion designer Sue Wong rang in the new year with a lavish New Year’s Eve party at The Cedars, her opulent and historic hilltop estate. This exclusive gathering was an amazing evening full of great music, food and a holiday drink menu with an elite crowd of fashion world VIP’s, celebrities, politicians, established musicians, esteemed members of the press, and Hollywood socialites.

And who better than Sue described this wonderful get together. “The incredible vortex of creativity and artistic visionaries certainly raised the operatic and mythical friezes in the rooftops of my historical Landmark home The Cedars to an unprecedented level on New Year’s Eve. I couldn’t have wished for a better way to welcome the New Year, than to celebrate the inspiring and powerful collaborations over 2014 and to raise the glass to even far greater goals, wishes, heights and excellent manifestations for 2015,” said Sue. “I was blessed to be surrounded by respectful professionals that represent excellent standards, among others: Los Angeles City Councilman Tom La Bonge, BAFTA Chairman Board of Directors Nigel Daly and his lovely wife Louise Salter, BAFTA West Coast Director Sandro Monetti and rockers Chris Pitman and Steve Cooke. The peerless Michael Peer delivered a powerful, transcending performance that lead us into an operatic countdown into 2015 and Steve Cooke ushered in a ROCKING 2015 with a Janis Joplin Blues never that brought down the house! It was a mesmerizing evening that set the bar to levels that promise a strong, more successful year than ever before,” added Sue. 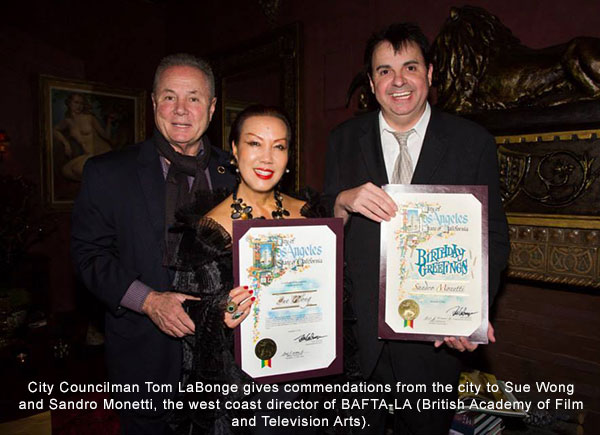 Known by industry insiders and fashion fans as the Empress, Sue truly is one with her regal taste, class and style. Her timeless and stylish gowns, that are known for bringing back the glamour and femininity of Hollywood’s golden age add to her royal presence. And The Cedars, her hillside estate, is truly her castle. Her stunning 10,000 square foot estate has a great history behind it. Built in 1926 for film director Marcel Tourneur, “legendary silent film star Norma Talmadge lived her with her husband Joseph Schenck in the late 1920’s and she was the inspiration for the Norma Desmond character in Sunset Boulevard. Schenck founded 20th Century Fox and was the second president of United Artists Pictures, which was founded by his friends, Charlie Chaplin, Douglas Fairbanks, D.W. Griffith and Mary Pickford,” said Sue. “Industrialist Howard Hughes also lived here and played the piano in the magnificent solarium,” added Sue. 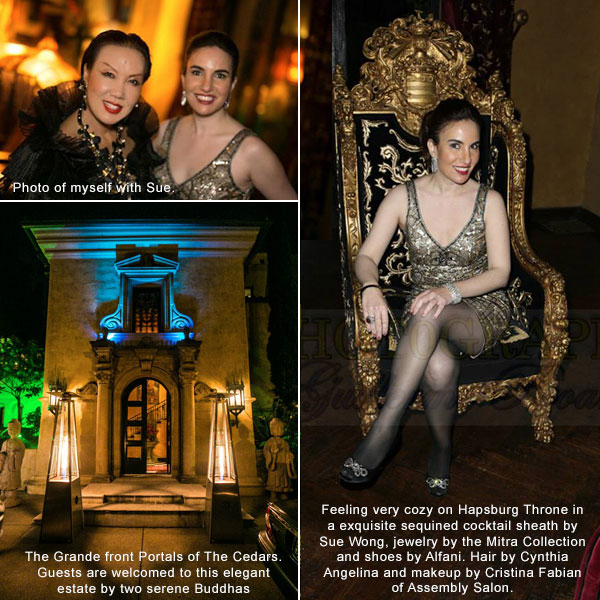 Iconic musician Jimi Hendrix was a former resident, and his bedroom with an alcove space is among one of the many beautiful suites in this mansion. Appropriately named the Jimi Hendrix suite, this room is also called the Moroccan room and is also one of Sue’s favorite rooms at The Cedars. This legendary performer was inspired to write “Purple Haze” in his room, which makes sense given the rich burgundy color scheme throughout the room. How appropriate that the stars of today ring in the new year at this estate with its star-studded history of the Golden era of Hollywood. 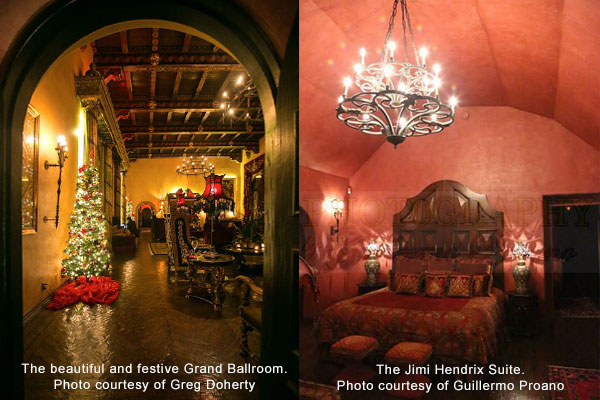