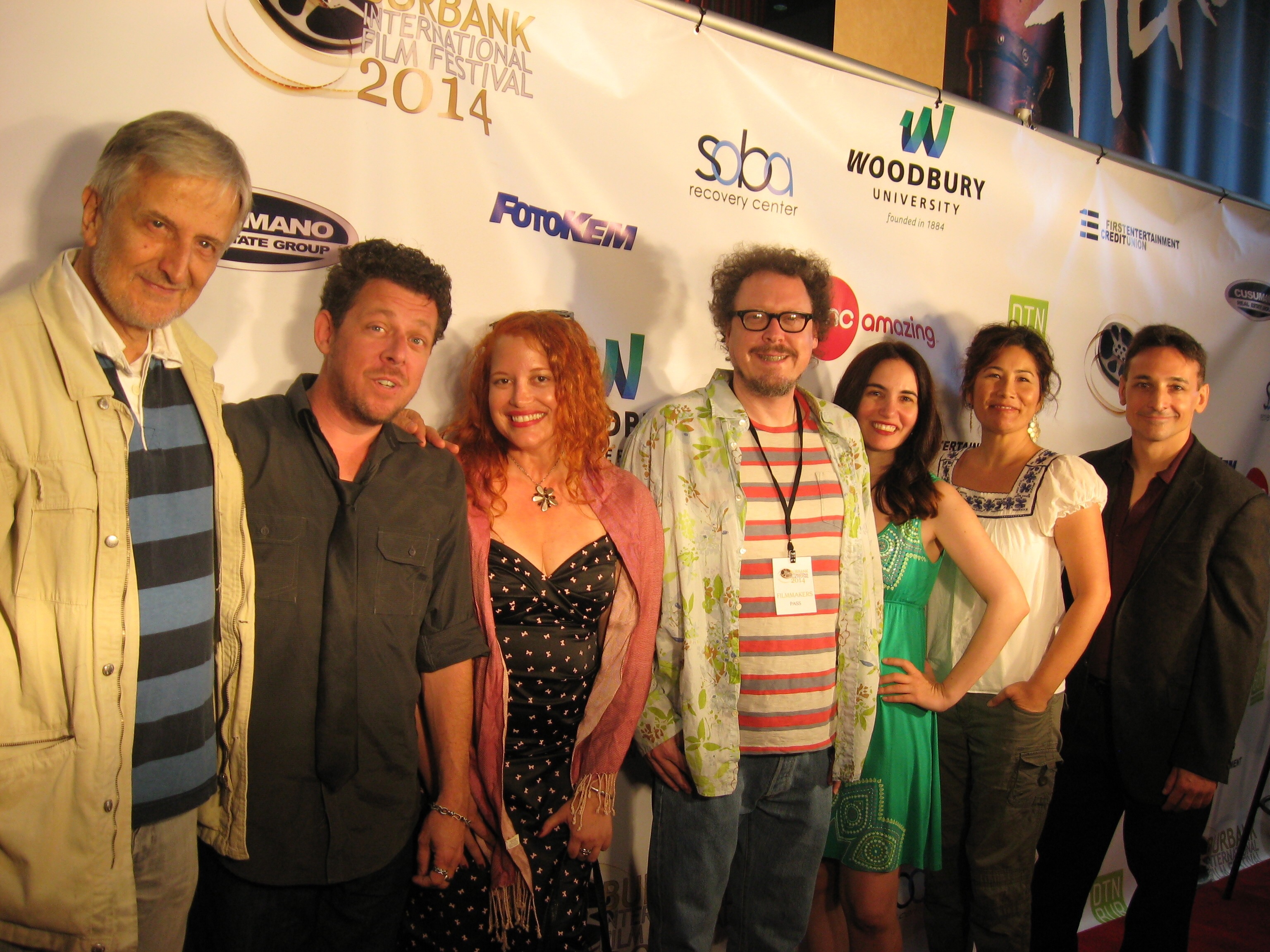 I was lucky enough to be a part of the esteemed Burbank International Film Festival this year on opening night at the AMC Burbank 16 Theatre as talent and press, as I had an animated film, Lovesick Fool, screening at the festival. It truly gave me an amazing perspective of this huge and popular film festival. With so many screenings going on, Dominic Polcino who was the writer, director, and lead of this film said, “it was hectic, but very exciting and it’s truly an honor to be a part of this great festival.” Polcino is well versed with the world of animation as he’s worked on such high tier shows like The Simpsons, Family Guy and King of the Hill. This film stars Fred Willard, Lisa Kudrow, Janeane Garofalo, yours truly as the dream girl and the tattoo girl and a talented ensemble cast.

“It’s our 6th year and we’re really growing,” said Burbank International Film Festival publicist Daniel Bernstein. “We are featuring a lot of great events. Some attendees were dressed like Marilyn Monroe due to Bombshell, the film based on her last days and some were dressed like Elvis, since the documentary about his life, Elvis, That’s the Way It Is, was screened as well. We had 25 little girls dressed as Ariel in the Little Mermaid to commemorate the 25th anniversary of the film and we had the writers and directors Ron Clements and John Musker on hand on Saturday at noon when we screened a special presentation of this timeless classic,” he said.

The shorts screened on opening night were Miles to Go, Bombshell, The Last Session, and Recoil. Miles to Go was about a weary man who is at odds with himself, that takes a road trip and ventures into the wilderness to get away from his troubles and re-examine his life. Bombshell traces the troubled final days of legendary superstar Marilyn Monroe, her turbulent relationship with JFK and her struggle with drugs, alcohol and fame. It truly shows that Monroe was a mega-talented actress, singer and sex symbol who only wanted to be loved. The Last Session is about a marriage counselor in New York City who uncovers a shocking series of lies his patient has come to believe about her missing husband. Recoil is about a space trucker, who receives a distress call from his estranged brothers, but his deadly search at the edge of the black hole has his experiencing a recoil effect. Both Recoil and Bombshell had their world premieres at this festival.

Award-winning actor Jeff Rector (White T, Bill Plympton Presents: Magnum Farce), who is also a filmmaker, is the hard working president and director of the festival and really works hard to make this festival as successful as it is. “As a working actor and filmmaker, the opportunity to be president of this festival fell into my lap in 2012. I’m building it up to make it a world class event. I’m an actor, director, producer and I love hosting and throwing parties, so it was a real natural progression for me to do this.”

Rector gave an amazing performance as JFK in Bombshell. “To play an iconic character like that is a dream come true for every actor and I hope I was able to emulate him. He was one of the greatest presidents and was a true American. It was a real honor to play him and I hope I did him justice.”

His co-star, Kelly Mullis (White Crows, Black Martini), who gave a riveting performance of the tortured soul Monroe echoed Rector’s sentiments, “It’s really a dream come true for me to play her. It took a long time to get the opportunity to play her, but I’ve played her on stage and in Bombshell.” Bombshell was nominated for best short film and Mullis is nominated for best actress in a short film.

Jason Lehel (Coyote Requiem, Isolation), the director of Marilyn said Mullis “was absolutely wonderful and so were my other Marilyns.” And it was such a special opening night. It’s so hard for short films to see the light. They’re usually hidden amongst the feature films on the gala night. Four short films on opening night is quite awesome.”

Actress Madison Rose (She Wants Me, Vignettes) played a young Monroe, better known as Norma Jean. “To play such an icon and legend was just a wonderful experience. It was just perfect,” she said.

Lt. Bill Harrison, a true hero and a Navy Veteran of World War II, who was one of the six survivors, who survived six days and nights on a raft in the South Pacific after his ship sank, was in attendance as the film based on his life 6 Days on a Raft was screening at the festival. When asked how he could be without food and water for 6 days, he said, “If you have faith in God, you can move mountains.”

“It’s been an awesome experience. This is our fifth year at this festival and we won the last four years. My fingers are crossed that we win this one too,” said Alexander Draghici, (No Sunshine) producer of The Wisdom to Know the Difference. Actor Daniel Baldwin (Judgement, The 420 Movie: Mary and Jane) wrote and directed the film. “This film will go down in history by having it’s claim to fame being that is saved people’s lives. It’s a semi-true story loosely based on a man who kidnapped people that were addicts and forced them to go sober. Given my well documented struggles with sobriety, I was really affected by this story. My Soba recovery mentor, Greg Hannley, was executive producer of this film. As a result of this film, there is a Soba recovery center in Texas and it’s filled to capacity with a lengthy waiting list,” said a very proud Baldwin.

“It’s really amazing to have this festival,” said Burbank Mayor Dr. David Gordon. “It’s nice to be aware of the immense talent of all the great folks in our city. The short films that were screened tonight were amazing. Jeff (Rector) worked really hard to make this happen.”

Other celebs in attendance were John De Lancie (Breaking Bad, Star Trek: The Next Generation), Cathy Baron (Justified), Melissa Claire Egan (The Young and the Restless) and many others.

The after party was held at Gordon Biersch in Burbank with an amazing buffet of hot and cold food. There was an open bar as well, which included this restaurant chains’ popular beer.

The festival ended with a fancy closing night dinner and awards gala at the beautiful Castaways Restaurant high up in the hills of Burbank, which befitted the event as the talent was sky high.