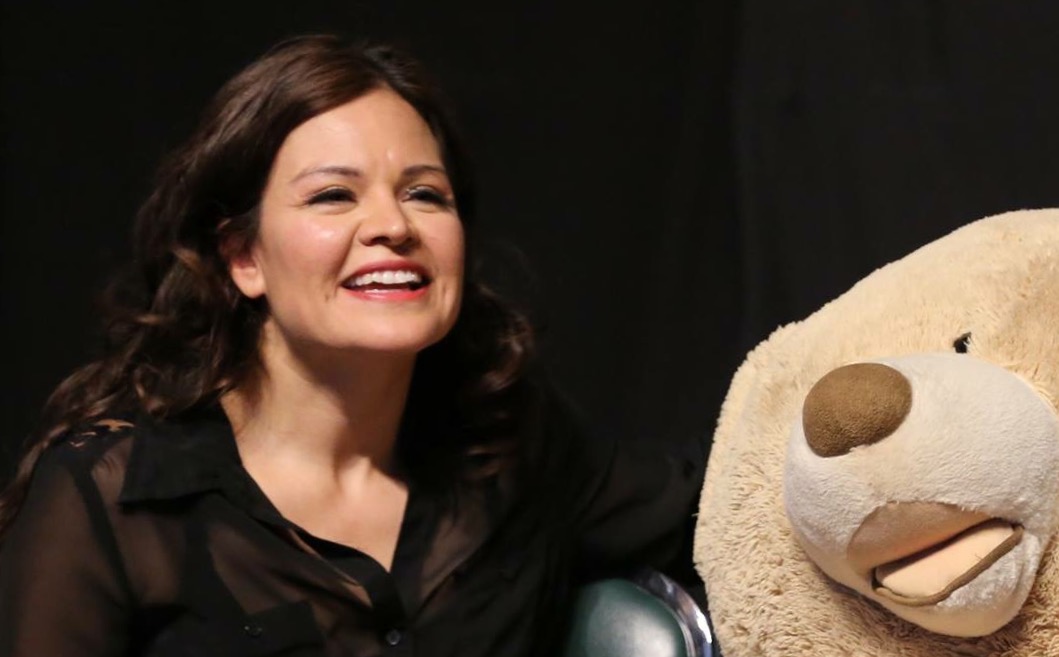 Hollywood, California – June 5, 2016 The Hollywood Fringe Festival featured Vanessa Lua with her one woman show – American Man Dream. This one woman show was directed by Rachel  Lawson and written by Vanessa Lua.

American Man Dream is about the life of a young woman growing up in Mexico. Her gynecologist father and loving mother give Vanessa her seriousness and sense of humor. From the start, Vanessa’s dedication to the Catholic church plays a big part in her life and decisions. As Vanessa blooms late in life, she finds sex with her husband difficult and believes childhood masturbation to be the root of her problems. Using her teddy bear as a surrogate lover, she discovers that she enjoys sex, but has hang ups from her past in Mexico. Whether she is on the phone with her mother or speaking to her priest, Vanessa’s performance makes feel as if we are actually there. The audience was laughing form the start.
There were unexpected laughs as Vanessa explained her situation. As a red carpet, celebrity interviewer, Vanessa creates funny moments when she speaks in English (her second language). The American Man Dream works so well because there is a beginning, middle and end to Vanessa’s experience with sexuality, life and her feelings of patriotism. While maintaining her strong female persona, Vanessa allows us to glimpse into her thoughts and feelings about sex. By the end of the play, we have caught up with modern day Vanessa. She lays out her hopes, dreams and aspirations. She is able to portray her own past and present while using her Mexican accent to her own advantage.
Catch the American Man Dream at the Hollywood Fringe Festival 2016. This is located at Studio C Artist Theater 6448 Santa Monica Boulevard. Los Angeles, Ca 90038. The upcoming performances are Saturday, June 11 at 7:00pm, Thursday, June 16 at 10:30pm, Friday, June 24 at 7:00pm and the final performance on Sunday, June 26 at 4:00pm.
For more information –
http://www.hollywoodfringe.org